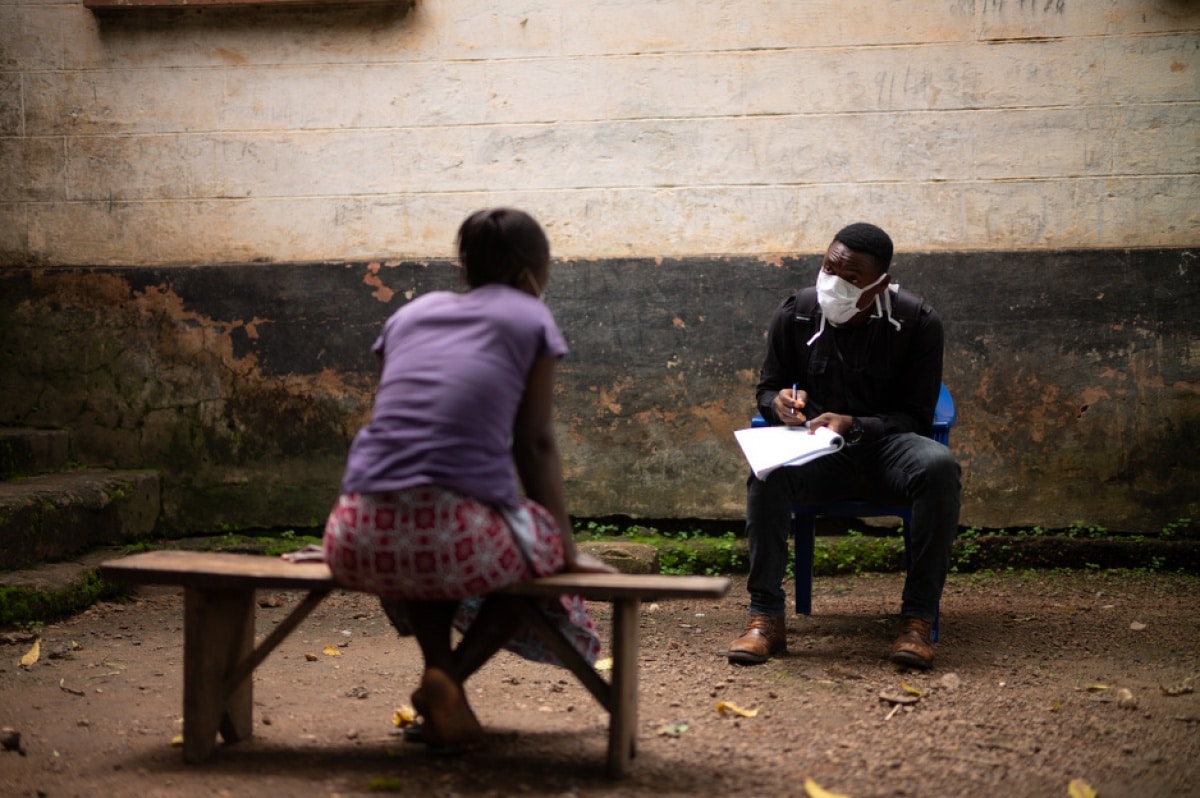 Removing IP barriers for COVID-19 vaccines, diagnostics and therapeutics the right step for human rights and stopping the pandemic.

On a deeply unequal planet where access to health is too often governed by profit and purchasing power, it’s understandable that Canada and other wealthy countries would place advance orders for far more COVID-19 vaccine than they need.  Given the ways in which COVID-19 vaccines have been produced and are being distributed through private pharmaceutical companies, arguably it would have been irresponsible for the Canadian government to do otherwise.

As a matter of fundamental human rights, however — as well as the simple reality that we are all at risk as long as some people are at risk—the global distribution of vaccines thus far is a moral obscenity. How much rich countries are paying for priority shipment from pharma companies, nobody knows. We do know that of more than 66 million vaccine doses already administered, effectively none have been in Africa, a continent with 1.2 billion people.

Canada is already one of the largest contributors to COVAX, the international consortium aiming to meet 20 percent of the vaccine need in low- and middle-income (LMIC) countries. Through the leadership and advocacy of International Development Minister Karina Gould, Canada has been an early and vocal champion for the ACT Accelerator, of which COVAX is a part. Sadly, the 20 percent COVAX allocation goal — a standard that Canadians would rightfully consider outrageous if forced to rely on COVAX for domestic vaccine supply — is indicative of the scandalously low ambitions the global community often holds for what is appropriate for the world’s poorest countries.

The quickest route to moral repair is not improved allocation of an inexorably scarce resource, but dramatically increased supply. This needs to be done in part through removal of World Trade Organization (WTO) intellectual property (IP) barriers on COVID-19 vaccines, diagnostics and therapeutics through what’s known as the TRIPS Agreement (Agreement on Trade-Related Aspects of Intellectual Property Rights). Canada and a group of high-income countries have yet to endorse a TRIPS waiver proposal led by South Africa and India, supported by a majority of the world’s countries, which would immediately increase the number of potential suppliers of COVID-19 vaccines. Organizations including Partners In Health, the Canadian Coalition for Global Health Research and the Canadian Society for International Health, the Canadian Centre for Policy Alternatives, Doctors Without Borders, and hundreds of civil society organizations worldwide have all called on Canada and others to immediately support the TRIPS waiver and choose people’s lives over publicly-subsidized pharmaceutical company profits.

The TRIPS waiver would do nothing to reduce vaccine supply for Canadian citizens, but it would temporarily alleviate structural IP barriers, from patents to know-how, which continue to work against the interests of LMIC countries. The irony is surely not lost on South Africa that while Johnson & Johnson conducted COVID-19 vaccine trials in the country, an entire continent is so far being denied the technology and vaccines that their research participation helped to make viable.

The Canadian government has been seeking more evidence of harms imposed by current IP rules. Evidence-informed policies are to be lauded, and this pandemic has laid bare that strengthened production and distribution capacities in Sub-Saharan Africa require dramatically increased and sustained global investment. However, current TRIPS flexibilities require each country to seek IP exemptions on a product-by-product basis, a bureaucratic maze unsuited to the rapidly evolving diagnostic and therapeutic landscape. Without the TRIPS waiver, many LMIC countries may not have access to anywhere near sufficient vaccines before 2024, to say nothing of testing or medications for supportive care. The benefits of publicly subsidized modern medicine must be made available more quickly to those most in need, wherever they live.

Time is being wasted. The TRIPS waiver issue will next be taken up at the WTO on Feb. 4 – just three days before the start of International Development Week. Let’s be clear: Countries failing to support the TRIPS waiver will be foreseeably doing harm through not only avoidable COVID-19 mortality and morbidity, but also skyrocketing child malnutrition and more difficult access for adolescent girls to sexual and reproductive health services, to name just two of COVID-19’s secondary impacts in countries across Africa and beyond.

Global solidarity need not be framed as a zero sum trade-off between Canadians and others. As Canada rightfully makes hundreds of millions of dollars of health investments annually in these same countries, supporting the TRIPS waiver will show continued global leadership and bring meaning to the government’s commitment to universal human dignity.

Hear from PIHers around the world as they share their perspectives on health as a human right.

DONATE NOW
Read the detailed report of the four-pronged strategy to save lives in the vulnerable communities we serve, and support global efforts to contain the spread of COVID-19.
Read Strategy
Categories: Featured Stories
Tags: AdvocacyCOVID-19