“Now We Have a Family:” The Story of a Children’s Home In Haiti 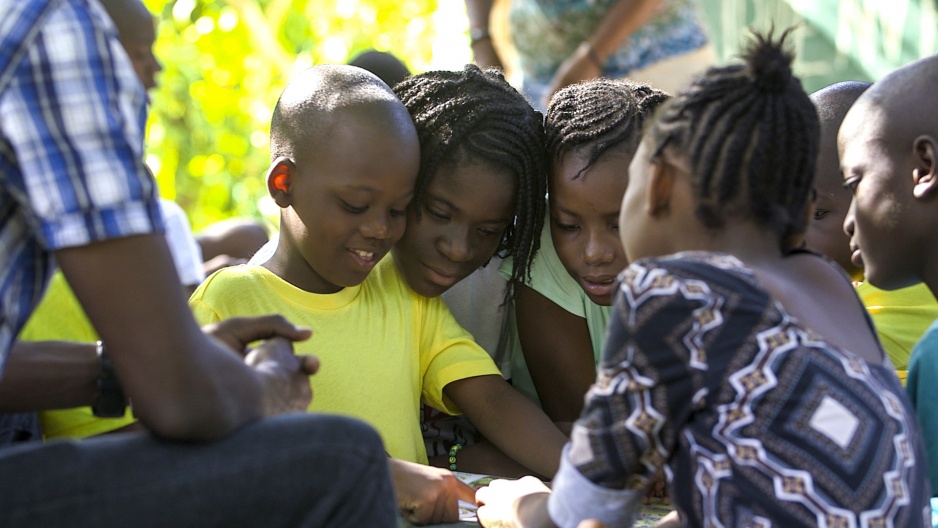 Minutes after the earthquake hit on January 12, 2010, Loune Viaud began weaving her way through rubble-strewn streets to the General Hospital in Port-au-Prince, Haiti. As the executive director of Zanmi Lasante—as Partners In Health is known in Haiti, Loune knew the injured would soon begin arriving at the city’s largest public hospital and wanted to help in any way she could.

The building had suffered damage, but was still standing. She searched for the executive director, who was assessing the situation and triaging personnel to where they were most needed.

“How can I help?” Loune asked.

“’Go find the kids,’” she remembered him saying. “’Go to the pediatric ward and find what happened to the kids.’”

Loune knew exactly what he was talking about. She wove a well-worn path through the hospital, straight to the Salle des Abandons, or the room for abandoned children. She found 38 children—many of whom had disabilities—safe in the room, but hungry and extremely scared.

There wasn’t any hesitation in Loune’s mind. When the hospital executive director sent her to take care of the kids, she took it one step further—one giant step further. Over the course of months and years, she became the legal guardian to all the children and, with the help of Operation Blessing International, found a property on the outskirts of Port-au-Prince where they could create a new home. Zanmi Beni, or “Blessed Friends” in Haitian Creole, was formed.

Currently, 64 children live at Zanmi Beni, all of whom lost their parents or guardians in the January earthquake, or became orphaned, displaced, or abandoned in the years since. They range in age from 7 to 26 years old. Partially to help remember all of their birthdays, Loune chose one day on which they would all celebrate turning a year older—her birthday, on March 17.

Stepping through the gated entrance to Zanmi Beni, visitors are greeted by a friendly herd of dogs. A playground, soccer field, and picnic tables cluster outside the children’s on-site school, which is attended by roughly half of the children. The other half attend schools in neighbouring communities, depending on their grade level.

Two dormitories, Kay Rose and Kay Sammy, sit in the back corner of the compound, not far from St. Rose of Lima Chapel.

A bakery, barber shop, and restaurant that meet the needs of the children, as well as provide them space for hands-on job training as they get older. Altogether, 150 people work at the children’s home, including nurses, therapists, cooks, drivers, teachers, and maintenance staff.

There are future soccer stars, photographers, and teachers among Zanmi Beni children. At least, those are some of their emerging talents.

Loune said she talks to them often about what they’d like to be as adults.

Some of the children live with severe disabilities, and so Loune has organized for them to receive a series of visitors throughout the week, including regular sessions with physical, occupational, and speech therapists. They learn arts and crafts and receive visits from local musicians and authors. Some, like 14-year-old Nephtalie, make t-shirts, bracelets, and other jewelry to sell to Zanmi Beni visitors.

“We’re trying to accompany them as much as we can,” Loune says, “and making sure they know that they’re loved.”

See how the Zanmi Lasante team is using Nourimanba to help prevent and treat childhood malnutrition in Haiti, helping children grow up healthy and strong.