Care, In A Backpack: Fighting TB in Peru 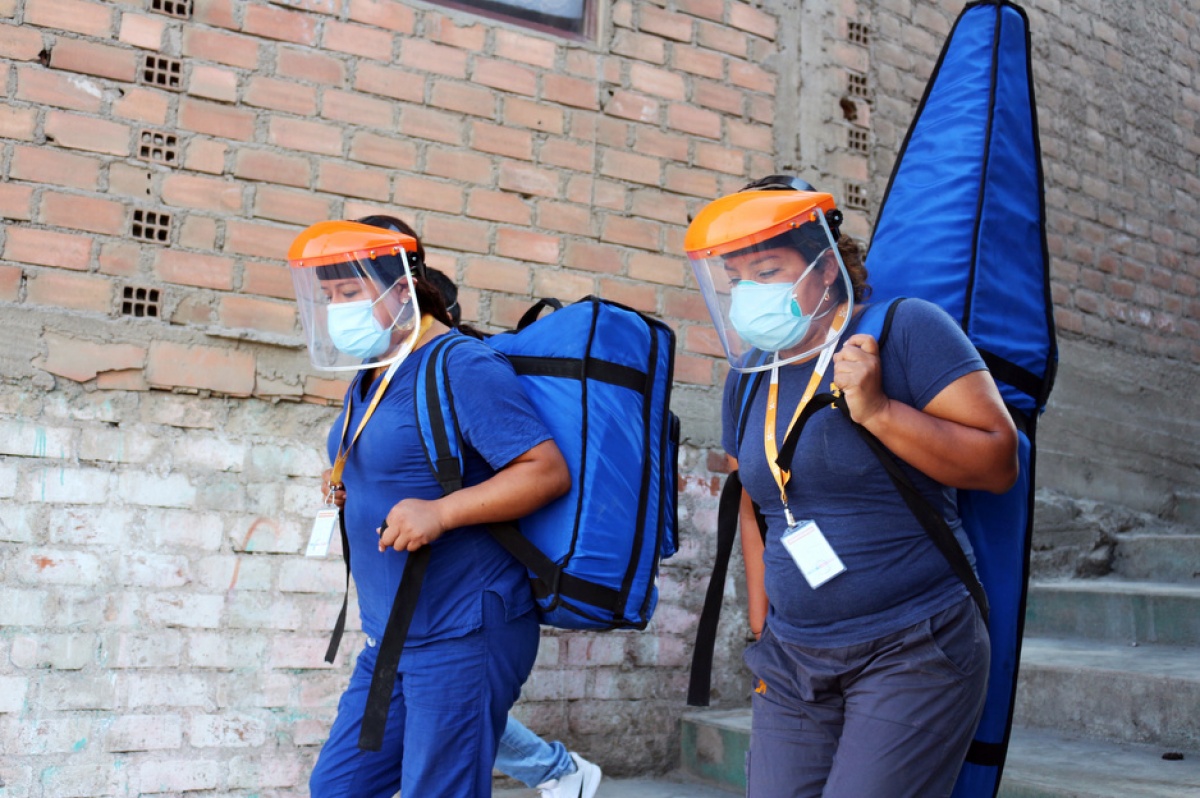 Just weeks ago, Erick Alarcón spent his days racing motorcycles, working in construction and providing for his family. But a diagnosis of tuberculosis brought everything to a standstill.

“I already knew that something was wrong,” recalls the 20-year-old. “I felt a little nervous, worried, and ashamed. I had heard about this disease, but I never thought I would get sick.”

Alarcón is one of thousands of people who recently received free TB testing from Socios En Salud, as Partners In Health is known in Peru, through a new tool called Mochila TB, or “Backpack TB.”

As of early March, Mochila TB became the latest tool in Socios En Salud’s decades-long fight against tuberculosis, bringing testing to people in hard-to-reach areas and helping them take the first step on a cumbersome but crucial road to wellness.

Before COVID-19, tuberculosis was the world’s deadliest infectious disease, despite being curable and preventable. Each year, 10 million people contract the airborne, respiratory disease and as many as 1.4 million die—a burden that disproportionately impacts low- and middle-income countries due to centuries of global health injustice.

In the years since, Socios En Salud has expanded its work fighting TB, partnering with Peru’s Ministry of Health to train clinicians, hire community health workers, and launch active search strategies such as TB Móvil, which uses campers known as “blue trucks” to bring TB testing to more than 210 people per day. These vehicles set up in streets, squares, parks, markets and health centers and offer free testing for TB and, within the past year, for COVID-19.

But these “blue trucks” can’t reach every patient, especially those in prisons, human settlements, shelters, and rural hillside communities not accessible by car. That’s why Socios En Salud recently began using Mochila TB, a tool that takes testing directly to patients, wherever they may be.

“We expect Mochila TB will become a necessary tool to reduce the gap in TB cases without diagnosis and to reach the most remote places, where the population needs it most,” says Karen Tintaya, director of Socios En Salud’s tuberculosis program.

Mochila TB gets its name from the backpack-like machine at the heart of the intervention. The machine is compact and portable, can test as many as 80 people per day, and emits less radiation than a conventional x-ray machine.

It’s a marriage of digital radiology, artificial intelligence, and molecular biology—and it’s already made an impact. Since early March, Socios En Salud teams have used Mochila TB to serve 3,491 people in some of Carabayllo’s most impoverished communities, helping them access testing, a diagnosis, and care.

‘All I want is to get better’

When Alarcón heard about Socios En Salud’s health campaign in his neighborhood, he went to the local health center, where he received a sputum test and chest x-ray. Days later, the diagnosis came: sensitive pulmonary tuberculosis.

It was daunting news. But he wasn’t alone.

As soon as Alarcón was diagnosed, community health worker Cristina Capristano was there to support—helping him book appointments, get medications, find mental health care, and access social support.

It’s a task that the seasoned community health worker finds both challenging and rewarding.

“For many years, I have seen tuberculosis patients recover,” she says. “That is the most gratifying thing I can receive [from my work], because they are also my family.”

In the months ahead, she will regularly check in with Alarcón, making sure he has access to his medications as well as the mental health support and material resources needed to complete a months-long treatment regimen that is, for many, painful and demanding.

Alarcón knows the process won’t be easy. But the young father is determined to recover, and not only for his own sake.

“I do everything possible to keep my family healthy and whole,” he says. “All I want is to get better.”

The COVID-19 pandemic created many challenges for TB care, but it could bring about positive change. Read more here.