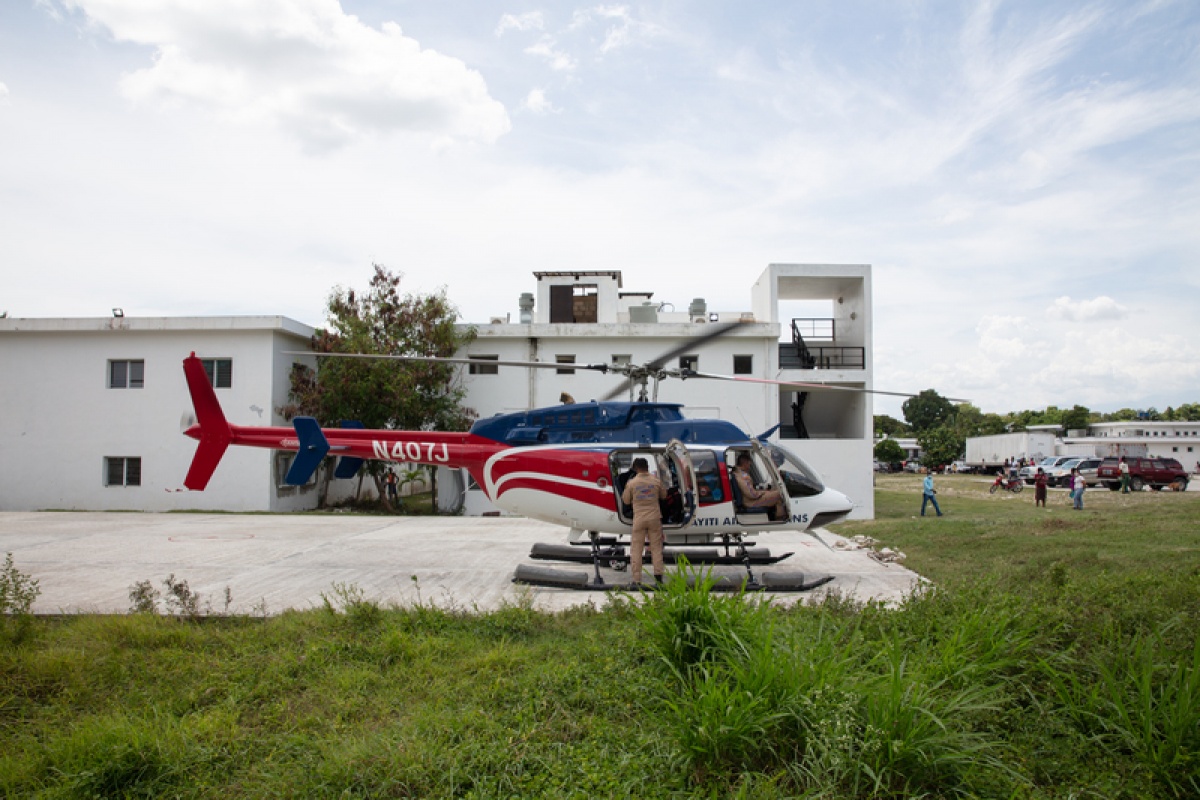 Handful of former medical residents respond in the South, more on their way

Immediately after the 7.2-magnitude earthquake struck Haiti, Dr. Dyemy Dumerjuste and his colleagues quickly assessed the situation from Port-au-Prince. And shortly after, he was on a helicopter, as part of the first team to evacuate survivors from the Nippes department, a devastated region in the South near the epicenter of the Aug. 14 earthquake.

Upon arriving on site and bringing children into an ambulance, he soon faced the heart-wrenching task of declaring multiple deaths due to blunt trauma and head trauma–injuries typically seen after a massive earthquake. Other children with the most critical injuries were triaged and then evacuated on a helicopter to receive care at Hôpital Universitaire de Mirebalais, the 350-bed teaching hospital built by the Haitian government and Zanmi Lasante, Partners In Health’s sister organization in Haiti. Since then, 23 patients have been transported, including five children under 12-years-old. More than two weeks after the earthquake, clinicians continue to work around the clock to respond to health emergencies.

“I already lost a patient from tetanus directly related to his wound from the earthquake,” says Dumerjuste, an emergency medicine physician at Health Equity International (formerly St. Boniface Haiti Foundation) and a flight physician at Haiti Air Ambulance.

As an emergency medicine physician, Dumerjuste is accustomed to devastating scenes and injuries. And he’s well-trained to properly react and provide high-quality care. During his three-year emergency residency program at Hôpital Universitaire de Mirebalais, the first and only program of its kind in Haiti, Dumerjuste received training to deal with natural disasters, epidemics, gun violence, motor vehicle accidents, and more. The training equips clinicians to respond across different settings, both in and out of the hospital. Since the program began in 2014, twenty emergency medicine physicians have graduated–Dumerjuste among them.

He is also among a handful of Hôpital Universitaire de Mirebalais graduates currently working in the hardest hit areas of southern Haiti, where at least 2,200 were killed and 12,200 injured, with both numbers still rising. In the coming days, additional alumni are expected to offer care across settings.