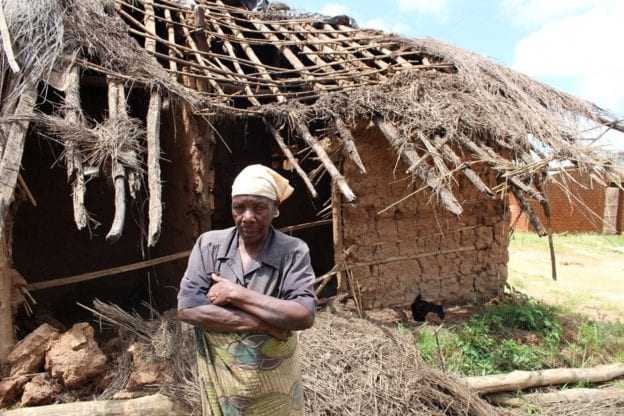 Four days of unseasonably heavy rains have left 487,000 people in southern Malawi without homes and property, according to official reports. As families prepared for the end of the rainy season and the approach of the harvest, floods swept away acres of farmland, killed at least 30 people, and injured hundreds more. The numbers are expected to rise in the days ahead.

Neno District, where Partners In Health serves 165,000 people, was one of the districts affected. Some 3,500 subsistence farmers lost all or part of their homes, saw their food and possessions damaged or swept away, and suffered injuries as a foot of rainfall caused rivers to burst their banks.

The president of Malawi, Arthur Peter Mutharika, declared a state of disaster on Friday, March 8.

PIH staff are assessing the damage and pulling together a response. The two hospitals and 12 health centers that PIH supports weathered the storm and are providing care, yet evidence of the heavy rain’s destruction was clear.

Throughout surrounding villages, entire walls of mud-brick, thatch-roofed houses collapsed in heaps. Families told PIH staff that they’d lost everything—sacks of maize, cooking pots, plates and utensils. Many have taken shelter in extended families’ and friends’ homes, even a nearby school.

“Everyone’s moving in together,” says Connolly. “It’s a strain on even those who didn’t lose a home.”

While the situation is difficult now, families could face challenges for months. Many lost their crops just as they were maturing, too late to replant and recover what was lost. The Malawian government is mobilizing resources to help with emergency response, including sending essentials such as maize, beans, and rice to the flood zone.

But any such response may take days to reach remote, rural areas, such as Neno District. “It’s still going to be quite dire for a lot of people,” says Dr. Luckson Dullie, executive director of PIH in Malawi.

Dullie and Connolly expect an increase in illnesses such as malaria and typhoid as families continue to live in crowded spaces over coming weeks and months with a significant amount of standing water from flooding.

As PIH staff scramble to support as many people as possible, they are also keeping their eyes on the horizon. Another storm, currently ranked Category 1, is approaching Madagascar, and expected to make landfall in Malawi on Thursday.

Read more about how PIH is driving long-term change in Malawi by supporting education for young women, and providing social support to patients.