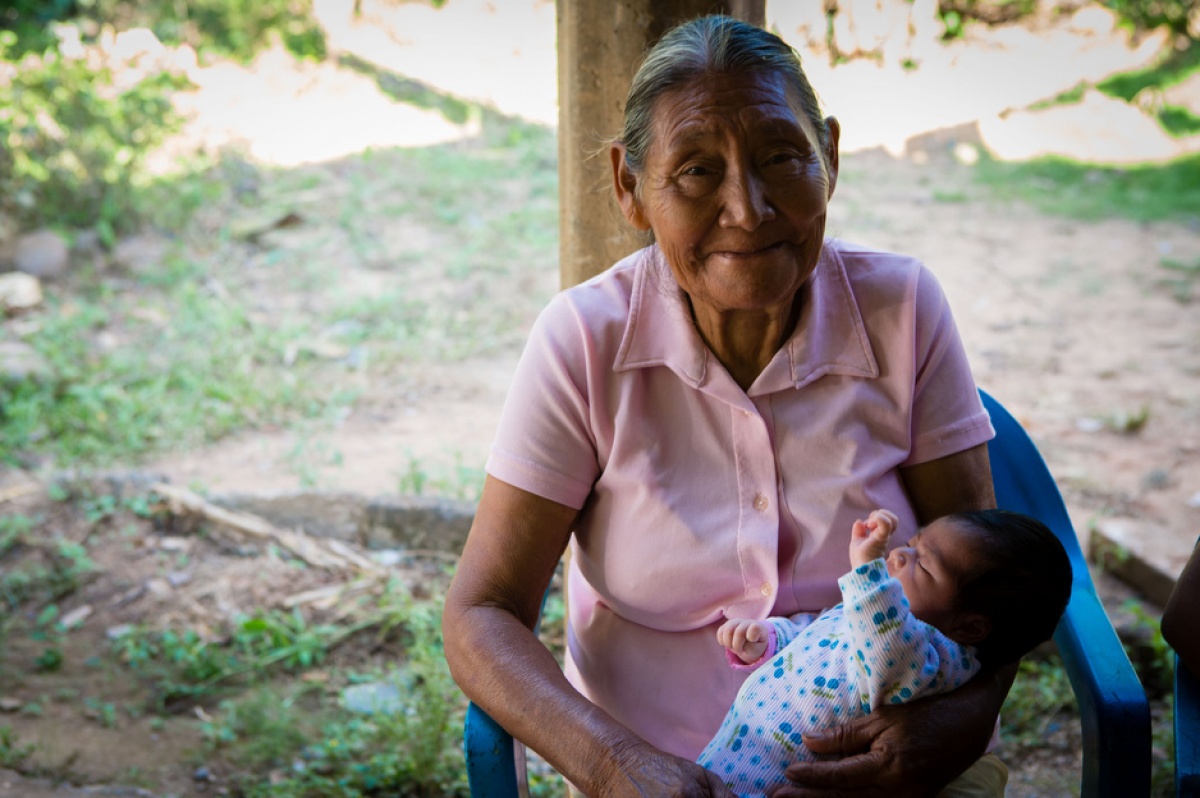 In Mexico, there are 15,000 traditional midwives, 100 professional midwives and 16,684 graduates in Nursing and Obstetrics, according to 2016 data from the Institute of Public Health. But for many, midwifery is more than just a job.

For many years, midwifery in Mexico has been understood as a gift that some women are born with and a source of national pride.

“Midwifery is a cultural heritage, or at least it should be considered so; the knowledge midwives have is incredible, it’s almost like doing magic” says Adriana Fabián, a 22-year-old professional midwife from Oaxaca, who is currently doing her social service year with Compañeros En Salud.

Midwives are essential to the work of Casa Materna, a maternal health center that Partners In Health, known locally as Compañeros En Salud, has supported since 2017.  There, midwives help women before, during and after delivery, providing dignified and culturally competent care.

‘Every woman is my teacher’

Midwifery wasn’t always the path Fabián saw for herself. But after studying with a traditional midwife in Michoacán, she began to see a future for herself as a midwife. After graduating from university, she decided to do her mandatory year of social service with Compañeros En Salud through its pasante program for first-year clinicians, inspired by Casa Materna and its model of respectful maternity care.

It was there, in Casa Materna, that Fabián began to see the differences in how women in labour were treated by midwives, who took into account the women’s preferences and comfort, as opposed to hospitals, where women would sometimes suffer from obstetric violence and over-medication.

At Casa Materna, midwives work alongside nurses and doctors, combining traditional and modern forms of care for women at all stages of pregnancy in Chiapas. While modern care includes things like medications and facility-based treatment, traditional care includes abdominal massages and allowing women to choose the birthing position they feel most comfortable in.

Since it opened in 2017, Casa Materna has helped more than 360 women give birth in a state with one of Mexico’s highest maternal mortality rates.

As a midwife pasante, it didn’t take Fabián long to recognize the intimate and personal bond that traditional and professional midwives build with women in the birthing process. It’s a bond that she, too, has felt. She learns something new from each woman she cares for.

“Every woman is my teacher,” she says.

Delivering a baby requires a deep connection between the caregiver and the mother. It is a bond that often cannot be explained in words. But, as Fabián and other midwives know, it is vital that caregivers understand the vulnerability that women in childbirth are experiencing and to express unconditional care and support.

Midwives have been crucial to the fight against COVID-19. During June and July, the most critical period of the COVID-19 pandemic in Mexico, many traditional and professional midwives who had been on hiatus returned to work to deliver babies. As hospitals and clinics closed across the country, many women became interested in home births, and midwives were there to answer the call.

Midwives have been central to shaping maternal care in Mexico, from those who have opened their doors to women in labor for centuries to those who have, in recent decades, transformed the work to a professional level.

Despite their cultural significance, midwives have often lacked support in Mexico’s health system—a trend that has only intensified in recent decades. There are fewer and fewer midwives, they are less recognized, and they face more barriers to professional development than doctors and nurses, as more women shun traditional medicine in favor of a hospital.

Fabián recalls that some of her classmates at midwifery school were verbally threatened by clinical staff, worried that midwives were taking jobs and money away from their institutions. In some cases, these midwives were forced to stop working and look for new opportunities. Fabián has faced similar challenges herself.

“Sometimes when the women I am attending find out that I am a midwife they are surprised because I am so young,” she says. “Most of the recognized traditional midwives are around 50 years old.”

But despite these barriers, midwives continue to be a vital force in Mexico’s health system and in the care that Compañeros En Salud provides, drawing on ancestral tradition to usher in new life, as they have done for centuries.

Fabián is hopeful that one day midwives will receive the level of support and recognition they deserve.

“What I like most about being with Partners In Health is this model of respectful childbirth at Casa Materna. Women are in control of choosing the most comfortable way to give birth,” says Fabián. “To change the world, you have to change the way we are born.”

DONATE NOW
Read the detailed report of the four-pronged strategy to save lives in the vulnerable communities we serve, and support global efforts to contain the spread of COVID-19.
Read Strategy
Categories: Featured Stories
Tags: Maternal HealthMexicoWomen's Health