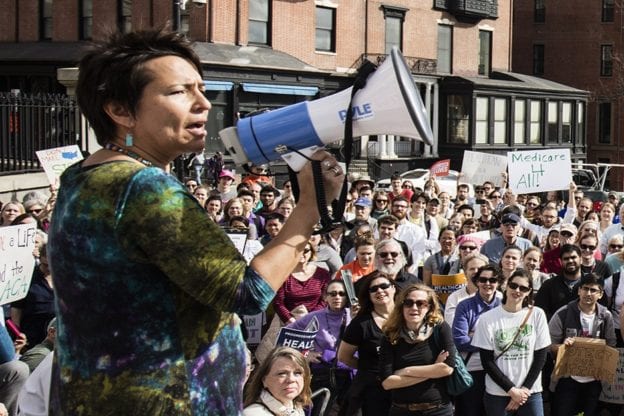 We know what universal health coverage looks like. We know how to get there. And we know the cost of inaction.

So argues PIH Chief Medical Officer Dr. Joia Mukherjee, in a recent op-ed for online development journal Devex. In the piece, she personalizes the fight for universal health coverage through the tale of a Liberian taxi driver, who broke his leg and suffered greatly due to the absence of a functioning health system in the post-Ebola, war-torn West African country. The young man’s story would have ended quite differently, she says, had he arrived at a hospital equipped with the right supplies, staff, space, and systems.

Achieving universal health coverage is not an impossible goal, Mukherjee says. It requires global health experts to define local burdens of disease and then to seek funding for proper treatment. This sounds straightforward enough, except that many schemes for arriving at equitable health coverage now work in reverse by nailing down funding and then seeking patients.

If we want to achieve universal health coverage, she says, we need to financially support local governments. Vast sums of money can’t be routed around ministries of health, but must be injected directly into the public health system.

On these and other points, Mukherjee’s recommendations may sound commonsensical, but true to PIH form, they often cut against the grain of the global health establishment.