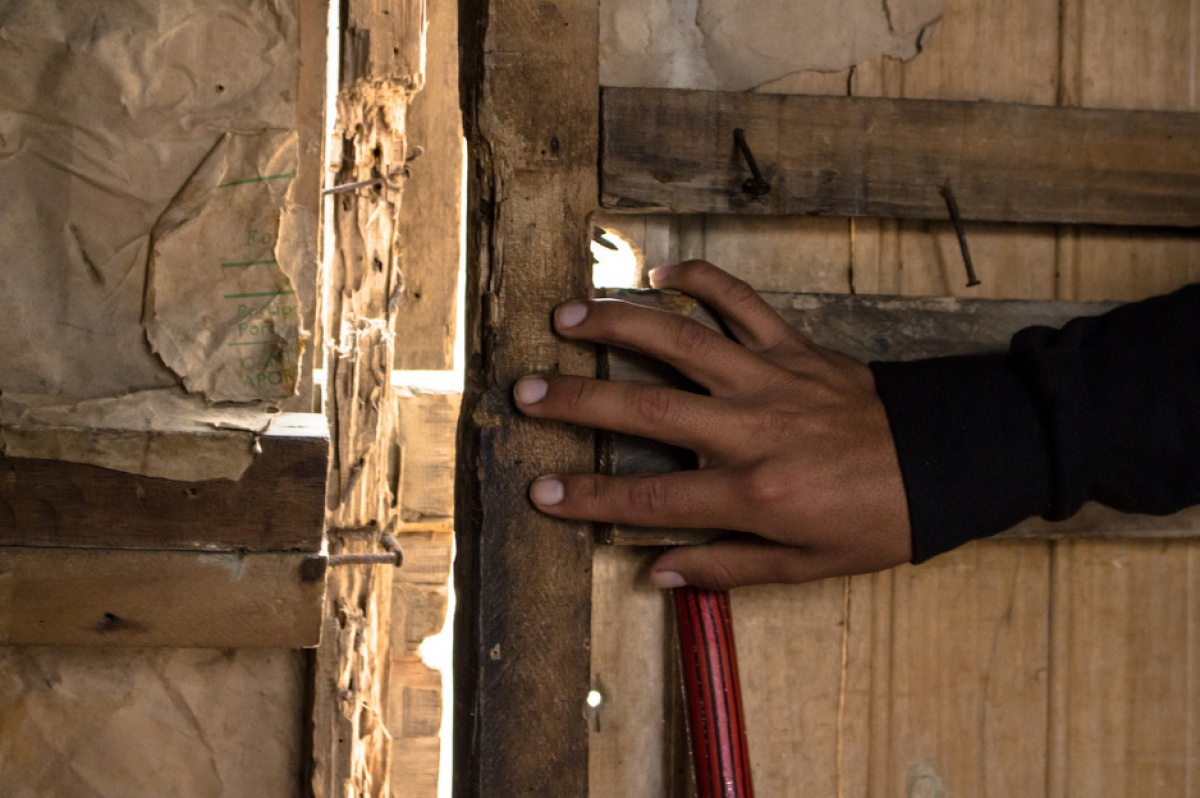 In just eight minutes, everything came crashing down.

The 39-year-old was already struggling to get by in San Martín de Porres, an impoverished district in northern Lima. A migrant from Venezuela, he had come to Peru three years ago, fleeing political unrest in his home country. But he came without papers—a status that forced him to work multiple jobs, including starting a business selling fruit and beauty products, with little guarantee of a steady, livable income.

And surviving was only getting harder.

For months, he had felt healthy and didn’t have any symptoms of HIV. But when he decided to take a free HIV test at a mobile clinic, knowing that one of his past partners had died of the disease, his life changed—within minutes.

“I didn’t expect it,” he says, of the positive test. “It was a very strong blow.”

The test was offered as part of a months-long HIV intervention run by Socios En Salud, as Partners In Health is known in Peru and the Ministry of Health. The intervention, which began in May, brings health workers into impoverished communities in Lima, offering free testing, consultations, and referrals for treatment.

Sexually transmitted infections such as HIV affect millions of people worldwide. In Peru, an estimated 91,000 adults and children live with HIV, with 44% of the new cases reported last year occurring in Lima. Yet, widespread stigma, systemic barriers, and lack of social support prevent many from getting the care they need.

For more than 25 years, Socios En Salud has worked to break down barriers to health access in Carabayllo and other communities surrounding Lima, partnering with the Ministry of Health to provide a range of health services and mobilizing 90 community health workers to bring care directly to patients.

Since May, Socios En Salud has partnered with the Ministry of Health to respond to HIV in three communities in Lima—San Martín de Porres, Rímac, and Los Olivos—where prevalence of the disease is high and where at-risk populations, including migrants, lack access to quality care. The intervention comes as part of Socios En Salud’s ongoing work in sexual health and reproductive care.

Timely diagnosis of HIV is critical in ensuring that patients receive the care they need. But in the communities where Socios En Salud works, patients often don’t have the time, money, or resources to get to a clinic for screenings. In a way, Socios En Salud’s answer to that problem is deceivingly simple: instead of making patients travel to the clinic, bring the clinic to the patients.

“Through urban mobile clinics, we strengthen case-finding for people who test positive for HIV,” says Erika Gonzales Monzón, coordinator of the project. “We not only focus on clinical care, but we also ensure access to mental health care and the necessary socioeconomic support to address the disease in a comprehensive manner.”

These “mobile clinics” are teams of health workers dispatched into communities with free rapid tests and educational resources. Since May, these teams have screened 344 people for HIV and have distributed HIV information to 360—making it possible for patients like Carlos to get tested and diagnosed quickly.

“I was impressed with how fast the process has been,” he says. “A few days went by and I had already started treatment.”

He takes antiretrovirals once a day, after dinner. And his treatment plan includes more than just medical care. He is also enrolled in Socios En Salud’s mental health program, meeting with a licensed psychologist for therapy sessions to unpack his feelings of anxiety surrounding his diagnosis.

Carlos’ diagnosis came weeks ago. But he hasn’t shared the news with his family—yet.

“This is not a secret that I can keep forever,” he says. “But I want to feel ready and say it at the right time.”

Even as he contemplates the right time and place to share the news, Carlos isn’t dwelling on the past. He’s looking ahead—dreaming, even. He hopes to return to Venezuela to be with his family, one day—a future he couldn’t have imagined, just months earlier.

“Life goes on,” he says. “I never thought I would go through something like this. But without a doubt, if I can help and contribute to the prevention of any disease through my story, here I am.”

*Name has been changed for anonymity

Learn more about how Socios En Salud, as PIH is known in Peru, is delivering lifesaving mental health care in Peru during the COVID-19 pandemic.