Opinion: Universal Health Coverage Must Meet the Needs of the Missing Billion 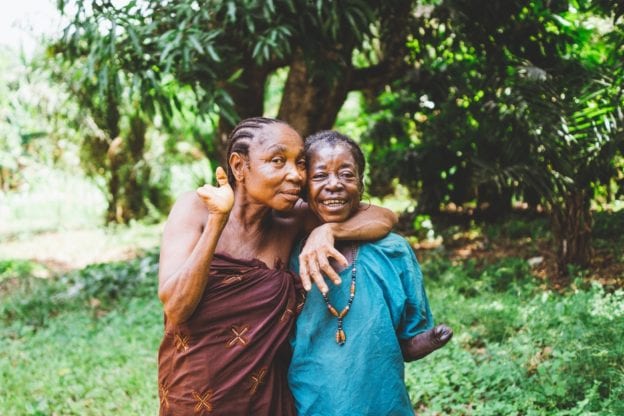 We remember when we first met Aminata* from Sierra Leone. She is an adolescent, about 14 years old, with visual impairment. There are no schools that can teach her in her home country. She is an orphan and sometimes helps her aunt prepare fried cakes that she sells in the market. A community health worker from our organization, Partners In Health, identified her as vulnerable and brought her to the clinic. There it was found that she has HIV. She says she hasn’t yet had sex, but she begins to cry when asked. Because her mother died of unknown causes, we don’t know if Aminata was infected at birth, is indeed sexually active by choice or for survival, or is a victim of sexual violence.

We do know this: Aminata is at risk of premature death, of not fulfilling her potential. As an orphan girl with HIV and AIDS, and visual impairment, there will be many challenges for her to stay healthy—the cost of transportation to the clinic and the support of her overstretched aunt to provide her with an education and food insecurity. These and many other social factors will make it difficult for Aminata to adhere to antiretroviral treatment, to protect herself against unwanted or premature pregnancy, and to live a healthy life. Without community-based care and social support to target a vulnerable young woman such as Aminata, we know she will fall sick more often, is more likely to get pregnant against her will, will receive less education, and will have fewer opportunities for employment and income generation.

Unfortunately, in many of the 10 countries where PIH works, the vulnerability of people with disabilities, chronic illnesses, and several constrained social situations is woefully common. In any country, the cycle of poverty is worsened significantly when people have disabilities. This is even more catastrophic when the health system itself is debilitated by insufficient staff, supplies, or dignified infrastructure. We at PIH believe that achieving truly universal coverage, and health as a human right, can be achieved through investments in community health workers connected with robust health systems. And we believe the measure of such systems is how well they will reach patients like Aminata.

That is why PIH strongly supports the Missing Billion report on achieving universal health coverage (UHC) with attention to people with disabilities. The report–spearheaded by the London School of Hygiene & Tropical Medicine and the Office of the WHO Ambassador for Global Strategies, but with input from UNICEF, PIH, and others–shines a strong light on a stark reality; people with disabilities are, on average, more vulnerable to poor health, with much lower access to health care services and less health coverage, which results in worse health outcomes.

UHC will be the focus of United Nations High-Level Meetings during the U.N. General Assembly this month. What will it really take to achieve UHC, and to do real justice to the often-used slogans of “reaching the unreached” and “leaving no-one behind”? We believe that the measure of UHC must be how well it reaches the most vulnerable, not the “low hanging fruit” or the 80 to 90 percent coverage commonly accepted as sufficient. Rather, we believe systems to deliver UHC must be guided by a focus on equity, and we must aim to reach that final 10 to 20 percent to be truly equitable.

Worldwide there are approximately 1 billion people with disabilities, and many live in abject poverty. A health system that is designed to reach these populations will be better equipped to serve everyone else. The Missing Billion report makes recommendations to governments, funders, global policy makers, and all other stakeholders.

But as we have seen with so many reports before it that speak truth to power, we know it takes so much more to make these insights a reality. It will take the strengthening of health financing, metrics, data, evidence, legal frameworks, and improved service delivery to address health disparities. We will never reach UHC without reaching the most vulnerable, including people with disabilities and the poor. Aminata’s story, and the Missing Billion report, provide clear guidance. Are we ready to listen?