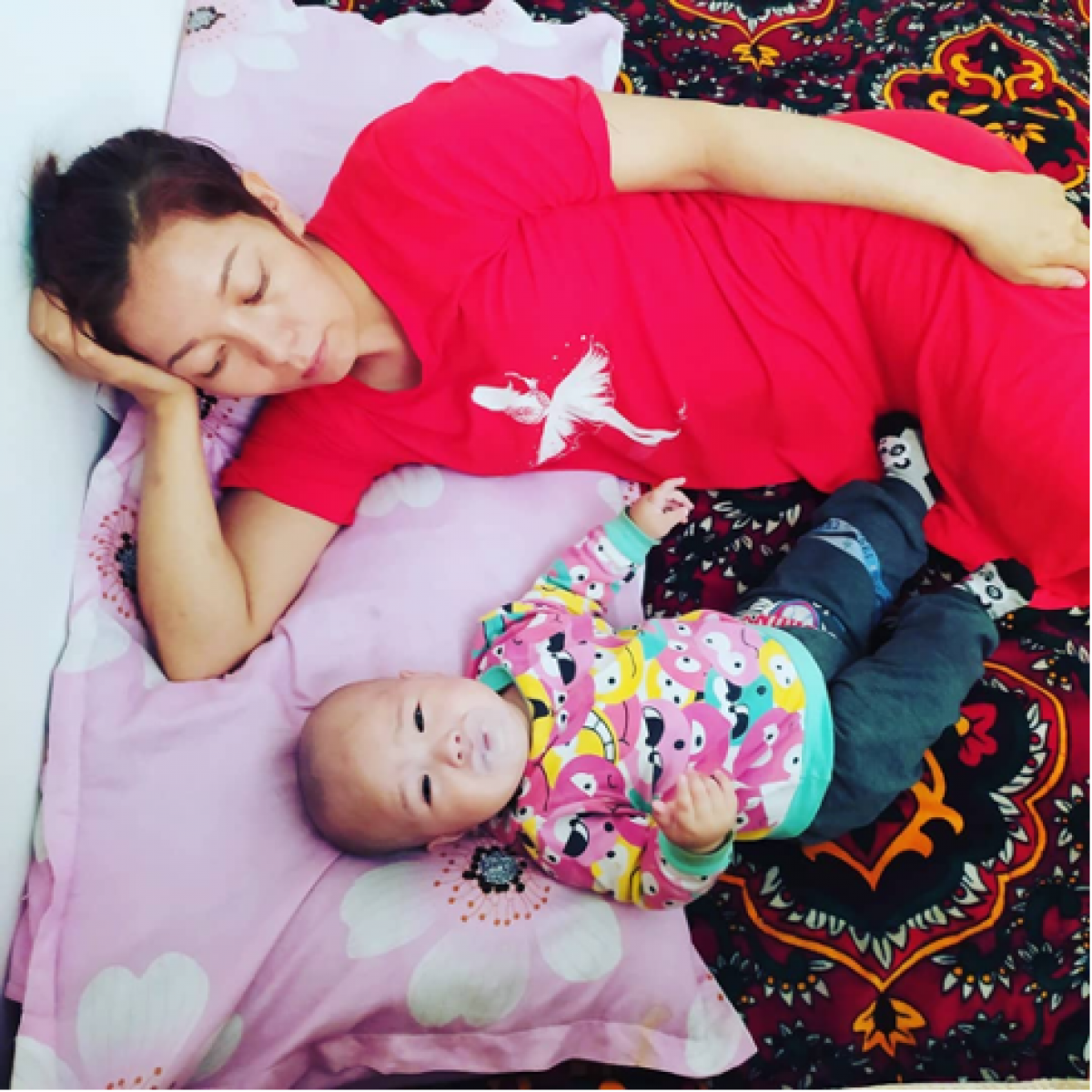 While pregnant with her second child, Maral Shorayeva began experiencing symptoms that felt like a cold or flu, but when she went to give birth to her daughter, doctors recognized that something was wrong. They suspected she had tuberculosis. Shorayeva, who was 25 at the time, says a nurse took her newborn away immediately, without giving her a chance to hold her daughter. She had already gone through more than a year of TB treatment while pregnant with her first child, her son Bagdad, who was born in 2016. Three years later, she faced her second uphill battle against the airborne infectious disease.

Before COVID-19, TB outpaced HIV as the deadliest infectious disease globally, accounting for 1.4 million deaths in 2019 alone, according to the World Health Organization. In Kazakhstan, where Shorayeva and her family live, TB—and in particular multidrug-resistant tuberculosis (MDR-TB)—is all too common.  According to the WHO, Kazakhstan is among 30 high MDR-TB burden countries, with an MDR-TB incidence of 22 per 100,000 people.

For more than 30 years, Partners In Health has fought TB—in all its forms—and helped thousands of patients reach a cure for this deadly disease, which often affects marginalized communities, such as those experiencing homelessness, living in crowded homes, or the incarcerated. In Kazakhstan specifically, PIH has been treating MDR-TB across 65 percent of the country since 2009, in partnership with the local and national government.

Some of PIH’s recent and most impactful work in Kazakhstan falls under the Expand New Drug Markets for TB, or endTB, project, which aims to find shorter, less toxic, and more effective all-oral treatments for patients suffering from MDR-TB. As the lead implementing partner, PIH works with Médecins Sans Frontières, Interactive Research & Development, and financial partner Unitaid across 17 countries with high TB burdens.

EndTB is bringing relief—and much-longed cures—to hundreds of people, some of whom have battled the disease for years. As one example, 675 patients in Kazakhstan had been treated as of last January for drug-resistant tuberculosis with Bedaquiline and Delamanid, the first new TB drugs to have been developed in half a century.

The current endTB clinical trial, which is part of the endTB project and is being conducted across 7 countries—including Kazakhstan, evaluates the efficacy of new combinations of drug regimens for the treatment of MDR-TB. So far, the PIH team has enrolled 150 patients, 51 of whom have completed treatment and are in post-treatment follow-up.

“Being in the study gives patients a good chance to get shorter treatment with new TB drugs,” said Nataliya Morozova, program associate who works with PIH in Kazakhstan and Russia.

Shorayeva was among those treated and cured. She agreed to participate in the endTB clinical trial, which meant she would receive treatment for only nine months, in comparison to the standard 20 to 24 months that is currently worldwide protocol for MDR-TB, Her daughter was sent home with her husband, who—with help from his sister and brother-in-law—managed to care for both the infant and older child.

Shorayeva, who suspects she caught TB from her father, stayed in the TB ward at the National TB Center  for three months. Even after being cleared to go home, she and her family preferred not to reunite mother and children for another month, erring on the side of caution.

“I was a bit scared that the baby wouldn’t recognize me,” said Shorayeva, “but everything went smoothly.” Her son, who was just 3 at the time, was very happy to see her again.

Shorayeva said she now feels fine and enjoys caring for her children. Still under observation, she continues to receive support in the form of food coupons and transportation passes. Though small, the weekly coupons, worth approximately $5, make a difference for her family, who rely upon her husband’s earnings as a handyman.

Gulnara Zhumakairova, the ambulatory coordinator for PIH in Kazakhstan, is responsible for ensuring patients adhere to treatment and have the support they need to get and remain healthy. Some cases are more complicated than others, such as patients dealing with substance or alcohol addiction, those needing psychological support, or others facing obstacles related to housing.

Zhumakairova shared the story of a 58-year-old endTB patient she met in 2019 who had fallen on particularly hard times. Takhir Mavliyev needed psychological support, had tested positive for TB, and was living with diabetes. He was also homeless and lacked a valid ID.

“When a person doesn’t have registration, he cannot be employed,” Mavliyev said. “I could have found a job as a janitor, but even that requires registration.”

Assessing Mavliyev’s situation, Zhumakairova got to work. She referred him to psychological support and to Sanat Alemi, a local organization that had experience helping undocumented people get registered for an ID.

During the beginning of his treatment, Mavliyev stayed at the TB Center in Almaty. Once the COVID-19 pandemic started, the TB Center was converted to a specialized treatment facility for COVID patients, so Mavliyev was transferred to a different TB hospital where he completed treatment. However, the patient was homeless and did not have a place to go once he was ready to be discharged.

PIH stepped in, about a month before that date arrived. The doctor leading Mavliyev’s treatment and PIH staff started looking for accommodations for him. PIH eventually arranged and paid for a hotel room for a month.  Mavliyev said he was happy with the accommodation and appreciated having a room to himself, complete with a television, shower, and breakfast every morning.

During that time, Mavliyev got his ID and started rebuilding his life. “One month in the hotel really helped me,” he said. “I’m really grateful for the help I received from PIH. Otherwise I wouldn’t have known what to do.”

Now, Mavliyev is living in a room he rents in a hostel and driving a taxi. He continues to receive weekly food coupons, which he said buy him basic foods like buckwheat, oatmeal, coffee, and cottage cheese. At 5’4” and 116 pounds, he was severely underweight when he enrolled in the endTB clinical trial. But during the course of his treatment, he gained more than 30 pounds.

Food is important for MDR-TB patients, and an essential part of PIH-supported treatment, as TB drugs are more tolerable when patients are properly nourished.

“Participation in the program helped me a lot,” he said. “The treatment wasn’t that long, and I got cured. I’m grateful to the doctors and health staff that helped me at the hospital.”

When Siafatu was diagnosed with MDR-TB she underwent 17 months of gruelling treatment. Now she is back on her feet and ready to support others. Read her story here.