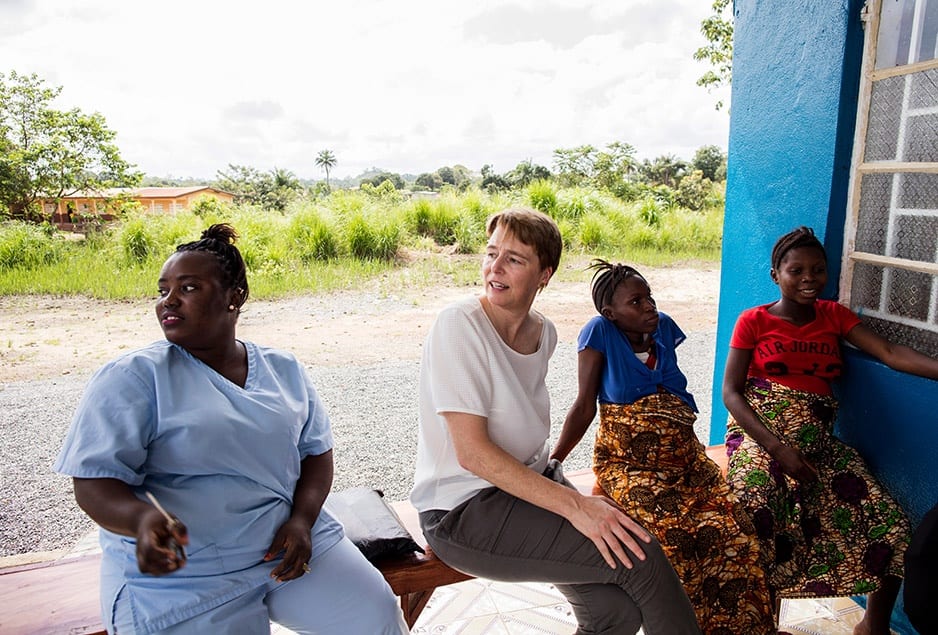 Partners In Health is proud to announce that Ophelia Dahl, a co-founder and current board chair, made The New Yorker’s end-of-year World Changers list for her decades-long work building health care systems in some of the poorest places around the world.

The New Yorker’s Ariel Levy profiles Dahl in the magazine’s December 18 & 25 issue. The annual list celebrates people and entities who are making their mark on the world in an array of areas, from music, technology and television to climate change and democracy—and, in Dahl’s case, global health.

“Dahl took over as executive director of P.I.H. in 2001, working out of a room at Harvard Medical School with eight employees and an annual budget of twelve million dollars,” Levy writes. “During the fifteen years that Dahl was executive director, P.I.H.’s revenue increased tenfold.”

Levy’s profile details how Dahl’s dedication to helping others began early in her life.

Dahl visited Haiti for the first time as a teenage volunteer and discovered a world completely unlike the one in which she was raised, in the English countryside of Buckinghamshire. In her article, Levy writes that “most people encounter poverty and then relegate the knowledge of others’ misery to the periphery of their mind. Dahl had a different experience.”

Dahl told Levy: “To have seen this and to not do anything, I knew wasn’t an option. I would never sleep well again.”

Since those early days, Dahl has helped mold PIH’s unique model of health care delivery, focused on providing a “preferential option for the poor.”

As Levy writes: “Emergency intervention is distinctly not P.I.H.’s project; in contrast with organizations like Médecins Sans Frontières, which specialize in addressing intense crises, P.I.H. works to remake entire health-care systems, by collaborating with local governments. Its commitments are long-term and large in scale…P.I.H. has been in Rwanda for twelve years, and in Haiti for more than thirty.”

PIH now operates in 11 countries around the world, providing maternal and child health services, treating patients with deadly infectious diseases such as HIV and multidrug-resistant tuberculosis, and tending to patients with chronic illnesses, such as diabetes, hypertension, and depression.

In the article, Dahl says she is “unfailingly optimistic” about PIH’s future.

“I think to not be optimistic is just about the most privileged thing you can be. If you can be pessimistic, you are basically deciding that there’s no hope for a whole group of people who can’t afford to think that way,” Dahl says.