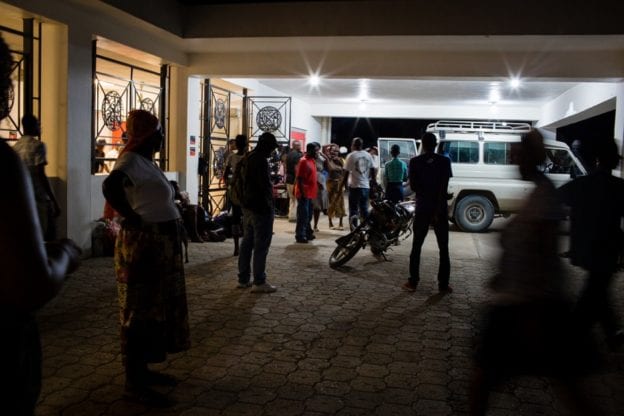 Partners In Health staff and patients remain safe and health facilities open despite more than eight consecutive days of strikes and civil unrest that have broken out throughout the country.

The situation is growing ever more dire as food, clean water, and fuel for generators and ambulances become increasingly difficult to transport from the capital to PIH’s 12 clinics and hospitals across the Central Plateau and lower Artibonite. If the situation continues, bedside oxygen and medications will run short as well.

According to the Miami Herald, at least eight people have died since Feb. 7 in violent clashes between police and demonstrators. Schools, businesses, and public transportation have been shut down in the wake of the political and economic crisis, largely sparked by skyrocketing prices, a rapidly devalued currency, and chronic fuel shortages. Blockades prevent travel, and residents are reluctant to leave their homes.

Hospitals throughout the country have closed, including the Hospital of the State University of Haiti—the largest public hospital in the country, as staff do not arrive for shifts and supplies have become scarce.

The unraveling situation has made it particularly difficult for staff with Zanmi Lasante, as PIH is known in Haiti, to get to and from facilities and transport supplies. And patients are being turned away at road blocks when seeking emergency and routine care.

Violent anti-government protests have gripped Haiti for the past 8 days—and people are suffering.

Fuel is scarce. Food prices have skyrocketed. Schools are shuttered. And we need your help to keep our 12 hospitals and health centers open, powered, and staffed through this crisis.