Research: Most Health Workers In Sierra Leone Unvaccinated Against Hepatitis B 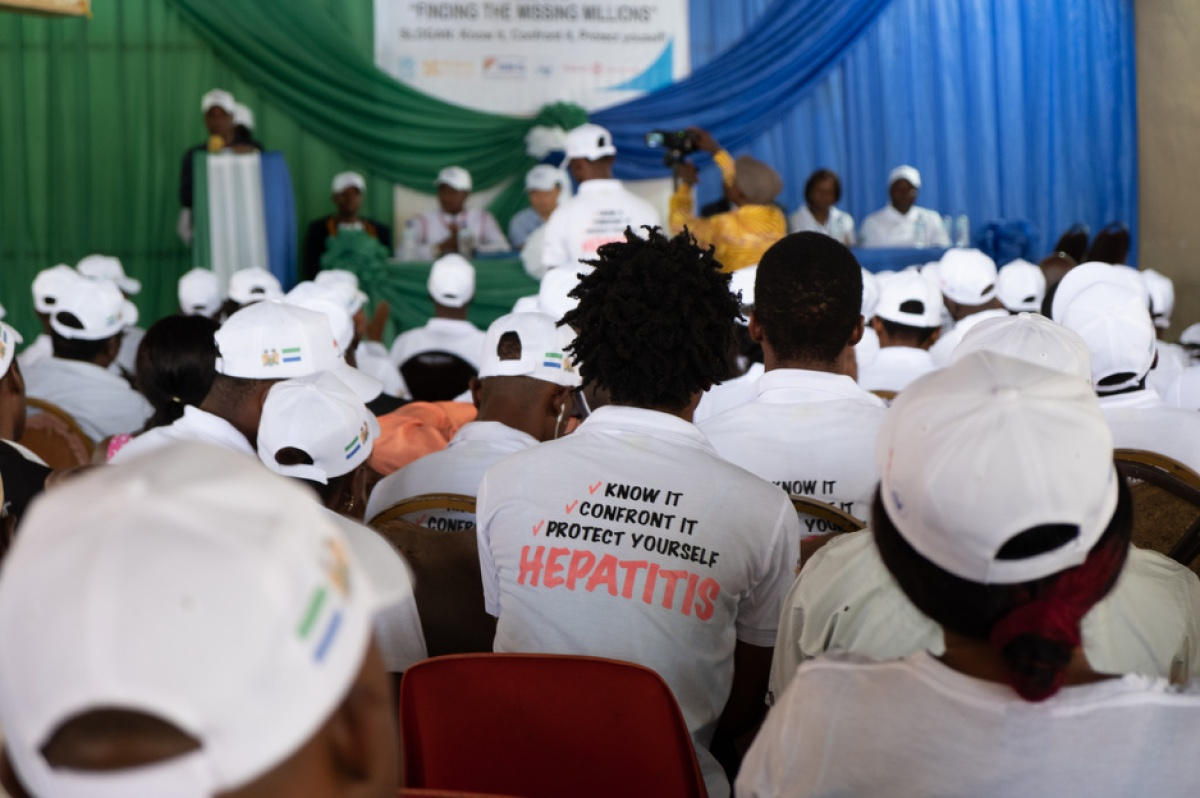 In a hospital ward, a hepatitis B infection can come from many places: A prick of a needle. An open wound. A cut from a surgical knife.

Hepatitis B kills around 887,000 people per year and infects as many as 257 million worldwide. Yet, most health workers in Sierra Leone aren’t vaccinated against this deadly disease.

A new study conducted by researchers from Partners In Health—in collaboration with hospital and university researchers—calls attention to the urgent need to screen and vaccinate all health workers in Sierra Leone against hepatitis B.

The study, published this year in a special edition of the journal Tropical Medicine and Infectious Disease, follows a health campaign in rural Kono District that screened hundreds of health workers and found that the majority were unvaccinated, despite their heightened risk of exposure—pointing to the need for systemic change.

“When we did the screening, we saw a very high prevalence of hepatitis B, even among the health care workers,” says Vicky Reed, director of nursing for PIH Sierra Leone and a co-author of the study. “In the U.S., the highest risk of exposure is because you have contact in a health care setting. In this environment, that’s just not the case. You can be exposed to hepatitis in just your daily life.”

In Sierra Leone, an estimated 18.6% of the population—1.2 million people—live with chronic hepatitis B. Although newborns have been vaccinated against hepatitis B since 2007, the majority of people in the country remain unvaccinated, and access to screening and treatment is severely limited.

But despite these strides forward, there are no national policies in place to mandate the vaccination of health workers or ensure that vaccines are free and accessible for them. Most health workers in Sierra Leone are unvaccinated against hepatitis B. That puts these workers—who regularly come into contact with open wounds, needles, and other sources of infection—at increased risk.

“We try to maintain infection prevention and control at the hospital,” says Dr. Marta Patiño, clinical services lead for PIH Sierra Leone and a co-author of the study. “But being punched with a needle is super easy…maybe you’re setting up an IV line, caring for a patient who is very agitated, or trying to discard needles.”

Hepatitis B is transmitted through blood and bodily fluids as well as from mother-to-child. The virus infects the liver and, if untreated, can cause lasting damage, completely changing the liver’s function and, in some cases, causing liver cancer and leading to premature death.

The study, which took place in December 2019, examines a health campaign that screened 632 health workers and hospital staff for hepatitis B. Among the screened, 97% had never received a hepatitis B vaccine and 10.3% had chronic hepatitis B.

These results, while unsettling, didn’t come as a surprise.

Researchers had long suspected that prevalence was high and vaccinations low among health workers. And the main barrier, as they had believed for years, was cost.

The campaign alone, which involved staff at just one hospital and a group of medical students, cost PIH and its partners nearly $70,000. And for health workers who came on-staff after the campaign had ended and got the vaccines privately, each shot of the three-dose regimen cost $100—putting vaccination financially out of reach for most Sierra Leoneans, including health workers.

Another issue the researchers found was a lack of education and awareness around hepatitis B, including among health workers.

“Everybody talks about HIV,” says Reed. “Nobody really talks about exposure to hepatitis if you get a needlestick injury, for instance, or if you interact with a patient.”

Reed, Patiño, and their colleagues hope the study can be a catalyst for change—from medical schools to the halls of parliament.

“The government needs to invest in making sure that health care workers are protected while they’re on the job,” says Reed.

The study calls attention to the urgent need to introduce mandatory screening and vaccination policies for all health workers in Sierra Leone. These policies would protect patients and health staff and help control transmissions throughout the country.

The study also highlights the importance of building trust with communities—before, during, and after vaccination campaigns.

“To be successful in this type of intervention,” says Patiño, “it’s very important that people know and trust those who are doing the vaccine implementation. There are a lot of myths about vaccines, even health workers’ doubt [that needs to be addressed].”

Follow-up is also key. After the screenings were carried out, the campaign offered free vaccinations to those who tested negative and free medical care for those who tested positive—paving the way for what researchers hope will become standard practice in hospitals and clinics across Sierra Leone.

“These kinds of interventions are very, very important. They help us to see the reality,” says Patiño. “New research like this is one of the best ways to keep growing and improving the level of prevention and care deserved by everyone in this unequal world.”

See how PIH is deepening its commitment to strengthening local health clinics across Sierra Leone, transforming access to higher-quality care for rural patients.