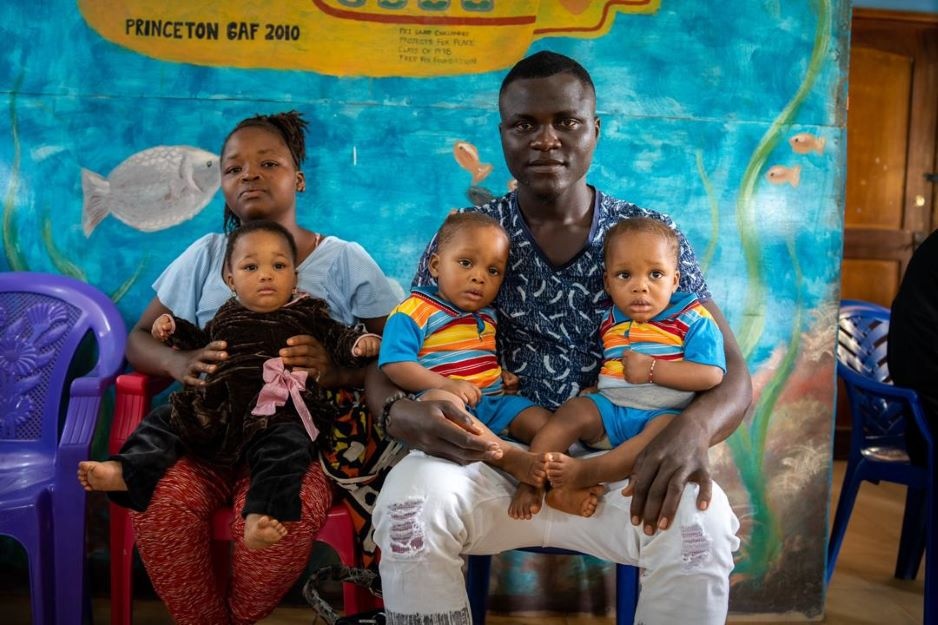 In August 2018, 17-year-old Isata Biango welcomed her triplets, Sarah, Caleb, and Isaiah Biango, into the world at PIH-supported Wellbody Clinic in Kono, Sierra Leone. The birth was a joy and relief not just for Biango, but also for the midwife and traditional birth attendant who assisted her. The staff met the potential risks of the birth—Biango’s young age, her first pregnancy, and delivering multiples—with consistent, high-quality maternal care, including prenatal care at Wellbody’s birth waiting home. Biango stayed at the birth waiting home for the month leading up to her due date, receiving consistent care, monitoring, and meals, and ensuring that she would be at the facility when time to deliver.

As a result, the new mother and her three babies left Wellbody safe and healthy, a testament to PIH and the Sierra Leonean government’s joint investments in and improvements to health care in the world’s most dangerous place to be pregnant. A woman in Sierra Leone’s lifetime risk of dying in pregnancy or childbirth is 1 in 17—compared to 1 in 3,800 for women in the United States.

Eight months later, as the family made routine visits to Wellbody for the triplets’ checkups, clinicians diagnosed them with moderate acute malnutrition (MAM)—a condition that, if left untreated, could stunt Sarah, Caleb, and Isaiah’s growth and lifelong health.

Wellbody staff immediately enrolled the triplets in the clinic’s MAM program, which PIH had newly established to reach more children with the food and nutrition support necessary to prevent their malnutrition from becoming severe.

Biango took her children to nutrition sessions at Wellbody, where nurse and nutritionist Mariama Mansaray led her and other caregivers in preparing monthly rations of food combined with Bennimix, a locally available, highly nutritious supplement. Within six weeks of their fortified diet, the triplets gained an average of 15 percent in weight, and each grew nearly two inches.

Now healthy 16-month-olds on the move, Sarah, Caleb, and Isaiah continue receiving care at Wellbody. Biango takes them for regular checkups, during which clinicians monitor their growth and provide them Vitamin A and other supplements that protect their good health. Such care is allowing the triplets to continue growing stronger—and is a marker of their country’s health system following suit.

Amidst the unrest and protests in Haiti, see how the PIH team helped deliver healthy quadruplets at the University Hospital of Mirebalais.