Tour the Future Maternal Center of Excellence in Sierra Leone 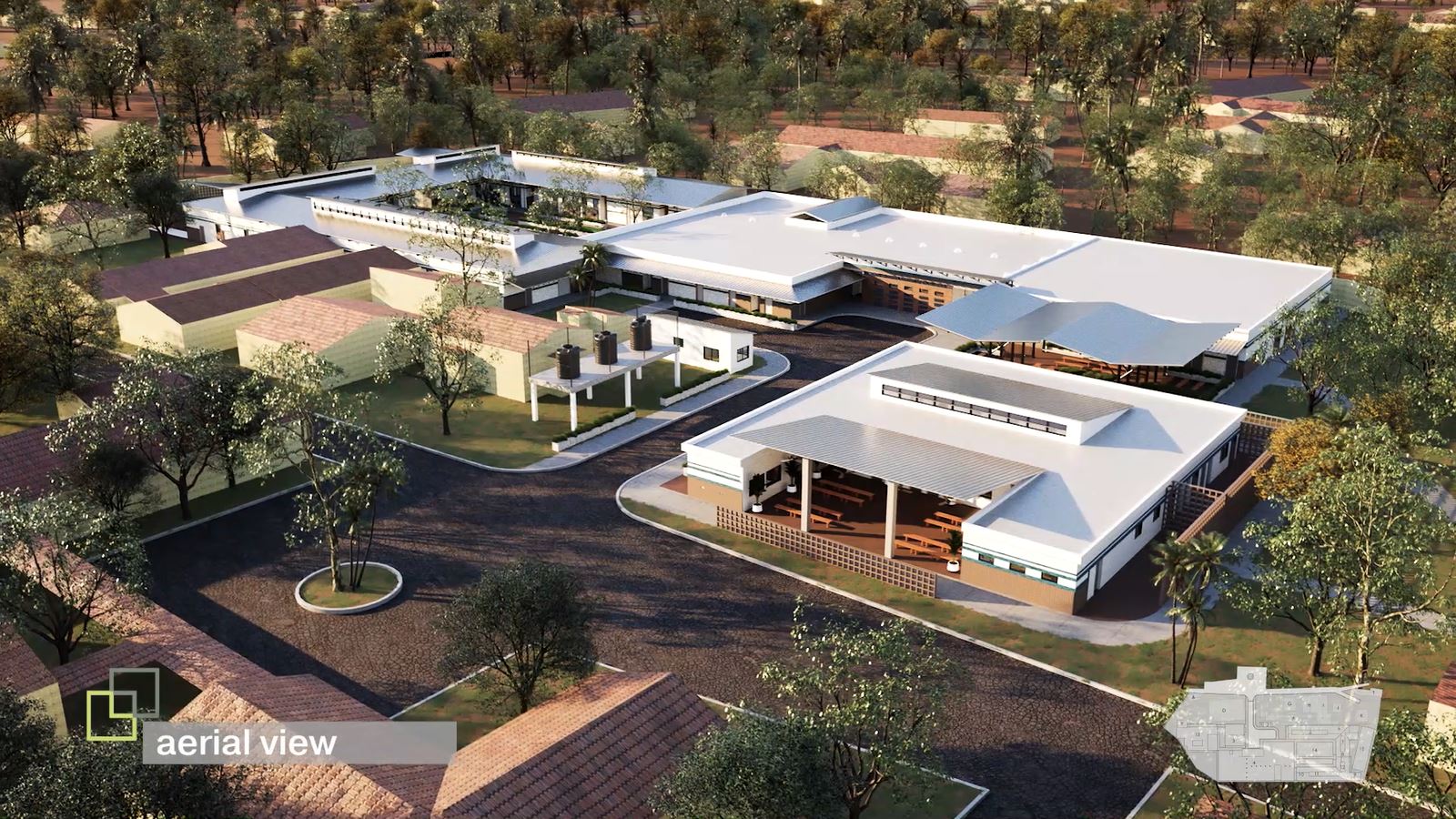 In Sierra Leone, 1 in 20 women run a lifetime risk of dying prematurely during pregnancy or childbirth.

To tackle this injustice, and many more, Partners In Health is working with Sierra Leone’s Ministry of Health to construct, equip, and staff a world-class centre dedicated to maternal and child health.

PIH, the Ministry of Health, and architectural partner Build Health International plan to break ground on the Maternal Center of Excellence in April 2021, with health care services slated to begin in early 2023.

Attached to PIH-supported Koidu Government Hospital—Kono District’s only secondary care provider—the new center will serve as a state-of-the-art referral facility for women and children in Kono and across Sierra Leone and West Africa. It will also become a center of innovation in reproductive, maternal, neonatal, and child health—offering clinical training, mentorship, and research opportunities for Sierra Leone’s current and future clinicians.

Since 2014, PIH has led targeted programming to radically improve health outcomes for Sierra Leoneans, with a focus on maternal health.

Improved maternal health care is a dire, longstanding need in Sierra Leone where colonialism, slavery, civil war, and foreign exploitation have impoverished the country and its health system. Despite the early successes of PIH’s efforts, Sierra Leone remains one of the most dangerous places on earth for women and children to live. In addition to the country’s maternal mortality crisis, its  infant mortality rate is 81 per 1,000 live births—the highest in the world.

The Maternal Center of Excellence will serve as a replicable model for how to systematically reduce maternal deaths throughout the country—and worldwide.

Preventable, premature death among these marginalized groups persists around the world not because of lack of knowledge, but because of lack of investment. The new center is one step toward curing this injustice and will stand as a testament to the inherent value of every human life. Making motherhood safer is more than just a health initiative—it is a human rights imperative.

Help support the construction of the Maternal Center of Excellence and help to radically reduce maternal and child mortality in Sierra Leone.

Learn more about how PIH Canada, with support from Global Affairs Canada, is elevating the health and rights of women and girls in Sierra Leone and Malawi.