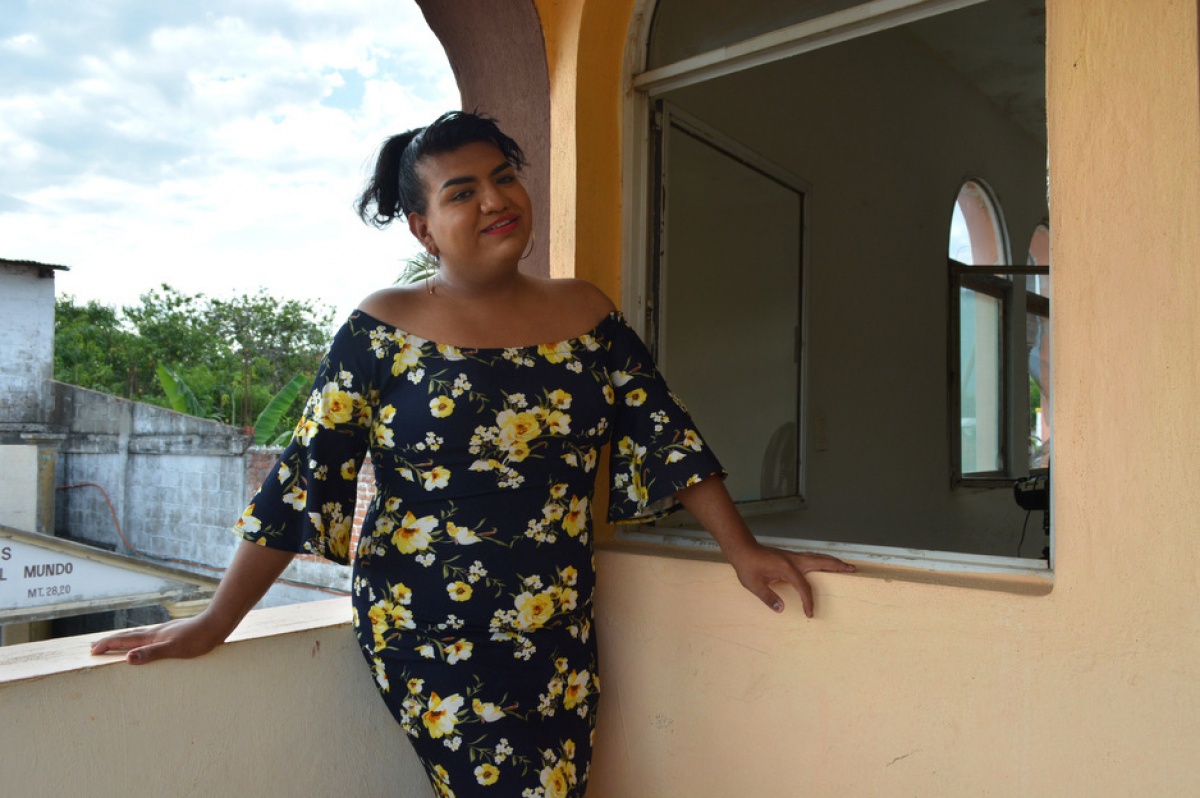 Alondra Esquinca reflects on her life, career, and transphobia in her home country

At 27 years old, Alondra Esquinca is head nurse at the Center for Respiratory Diseases in Chiapas, Mexico, where Partners In Health is known as Compañeros En Salud. Esquinca has helped lead the COVID-19 response in Chiapas, strengthening the local health system and saving dozens of lives. But even with her enormous positive impacts on her community, she lives in constant fear for her safety and faces discrimination regularly.

Esquinca is one of more than 360,000 transgender people in Mexico. The term transgender describes someone who does not identify with the gender they were assigned at birth. Despite years of advocacy for trans rights, stigma, discrimination, and violence against trans people are a part of everyday life for thousands in Mexico.

It’s a reality that Esquinca knows all too well.

“When you are like me, you feel the stares and hear the whispers of the people around you,” she says.

She has felt those stares for years—from the halls of a hospital ward to the dirt roads of her home town.

‘They’re Always Going to Judge You’

Originally from Villaflores, Chiapas, Esquinca was assigned male at birth and raised as a boy. But from a young age, she knew this gender identity didn’t resonate with her.

“Since I was 7 years old, I already knew that I wasn’t a boy,” she recalls.

Even as it offered some amount of freedom, openly expressing her gender identity came with a cost. After Esquinca came out as transgender, her family rejected her. In her community, she was singled out and discriminated against at nearly every turn. And for years, she struggled to make ends meet—a predicament that put her safety at risk.

One of the biggest problems faced by transgender people in Mexico and worldwide is a lack of job opportunities.

“Many of us have professional training, with a lot to contribute,” she says. “Unfortunately, employers don’t give us that opportunity and exclude us. Most transgender people in Mexico do sex work, which, despite being an honest job, is risky for us.”

Esquinca took up sex work during nursing school, in order to pay bills and put food on the table. She knew the arrangement wouldn’t last forever—just until she had her nursing degree. But the work placed her in a vulnerable position, and she suffered acts of violence.

“One day, I got into the car of a man who I thought was a client like any other,” she recalls. “But a block later, five other men got in. They took me to the outskirts of town, and they raped me. I really thought I was going to die that day.”

Violence against trans women is extremely common in Mexico, which has the second-highest rate of transfemicides in Latin America. Life expectancy for trans women in Mexico, who face systemic barriers to accessing care, is only 35 years.

Esquinca survived the encounter. But it left her traumatized.

“I’m very grateful that I was able to get out of there, but it’s not easy at all,” she says. “Anywhere you go, they’re always going to judge you and put labels on you.”

An Opportunity to Grow

Years ago, Esquinca never would’ve pictured herself as a head nurse. But that’s one of the reasons she accepted the position.

She wanted to forge a new path.

Now, Esquinca is the first openly transgender employee at Compañeros En Salud. She supervises a team of nine nurses at the Center for Respiratory Diseases—a six-bed facility opened last year, to care for patients with severe COVID-19.

As she leads her team through a deadly and uncertain pandemic, Esquinca uses her position to advocate for gender diversity, equity, and inclusion, building strong relationships with the nurses on her team and implementing training around gender identity and sexual orientation.

“As a clinician and a leader, Alondra exemplifies the best that CES has to offer,” says Ana Laura Rodríguez, a medical team coordinator who works closely with Esquinca. “She’s always looking for new ways to improve her work, knows the importance of team work, and has patients as her priority.”

Esquinca knows the burden isn’t hers alone to carry—it is the responsibility of all cisgender people, or those who identify with the gender they were assigned at birth, to advocate for the health and human rights of transgender people. But after so many years of silence and struggle, she feels compelled to speak up.

“It is a public health issue,” Esquinca says. “Even in hospitals, there should be more information [about gender diversity]. We need to educate people about the types of gender that exist; they are no longer just male and female. Everyone has the right to live as they feel most comfortable.”

Looking back, Esquinca didn’t have any examples of transgender women in leadership to follow and learn from. And she knows change won’t happen overnight. But as she looks to the future, she is hopeful.

“The message I want to give to those who are in a situation like mine is not to be discouraged. Keep discovering yourselves little by little, and when you look back, you will be in a much better situation,” she says. “It’s hard at the beginning, but nothing is impossible. I know that with effort and dedication, we will manage to live in a dignified manner.”

Learn more about how Compañeros En Salud, as PIH is known in Mexico, is helping to build trust as part of the COVID-19 response in the country.