After Hurricane Matthew: PIH’s Impact in the South 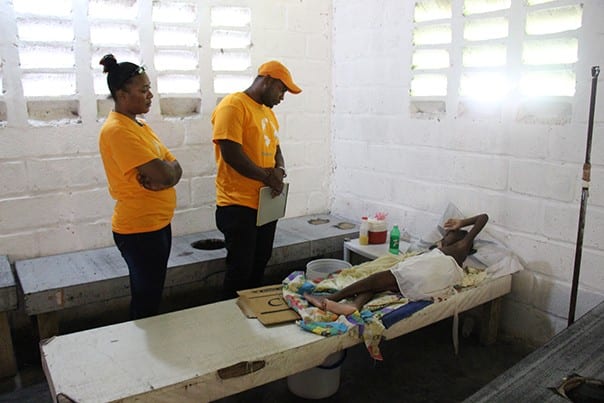 Many residents have since rebuilt homes from scattered debris and replanted fields in the wake of the powerful Category 4 storm. Yet 175,000 people remain without reliable housing and at least 1.5 million—or nearly 40 percent of the population living in the southwest peninsula—lack regular access to food, according to the United Nations Office for the Coordination of Humanitarian Affairs.

It has been a trying time, and Zanmi Lasante, as Partners In Health is known locally, has been in the hardest-hit southern states since the beginning. At the Ministry of Health’s request, PIH collaborated with officials in Sud and Grand d’Anse departments to support Immaculate Conception Hospital in Les Cayes, the sole public referral hospital for 1.5 million people. Staff also shored up cholera treatment centers and supported the government’s cholera vaccination campaign, which reached nearly 800,000 people.

Immaculate Conception Hospital was pummeled by the hurricane’s torrential rains and 145 mph winds. PIH hired contractors to repair damaged roofs across much of the hospital, including the maternity and pediatric wards. Plumbing and electrical structures were repaired. A new generator was installed to ensure near round-the-clock power, and a chlorine machine is now in place to help decontaminate the wards and maintain sanitation. The internal medicine ward, emergency room, and post-op area are now being renovated and may be ready by July.

Before the hurricane, the hospital contained only a quarter of the supplies it needed. PIH stocked the facility with essential medicines and helped develop a three-month reserve of supplies to meet future demand. Staff also ensured a nearby warehouse received the medical supplies necessary to back up other public clinics in the region.

In February, medical residents from University Hospital in Mirebalais provided emergency preparedness training to clinicians at the Les Cayes hospital, paying particular attention to how to triage patients and deliver urgent care.

These basic steps had a major impact. Immaculate Conception Hospital served 25,200 patients from last October through this March, an average of 4,200 patients each month—a huge accomplishment for a hospital that was flooded, dilapidated, and understaffed at the time of the hurricane. 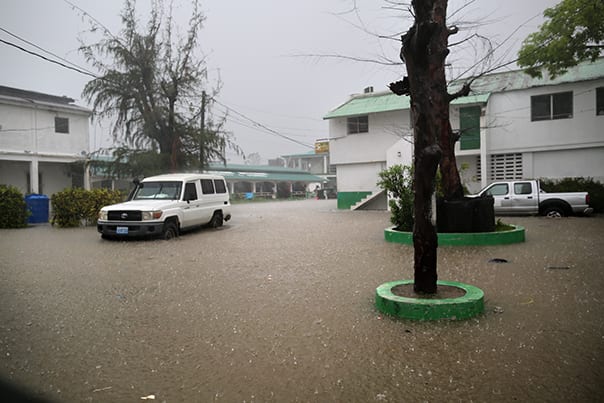 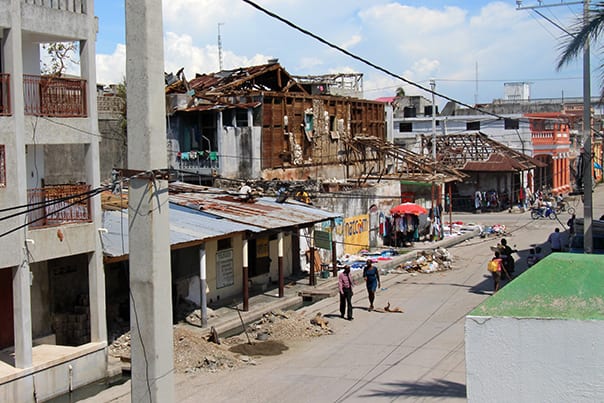 A building near Immaculate Concpetion Hospital that was badly damaged by Hurricane Matthew.

PIH anticipated a spike in cholera cases following the hurricane and, unfortunately, its fears were confirmed. Staff prepared the cholera treatment center near Immaculate Conception Hospital and 10 PIH-supported centers in the Central Plateau and lower Artibonite by renovating water, sanitation, and electrical systems and buying necessary equipment, such as ambulances to transport the sickest patients to and from the centers. More staff was hired. And 380 community health workers began a six-month training to identify symptoms of the deadly diarrheal disease and help patients get access to care.

Many storm survivors carry a heavy mental and emotional burden after losing their homes, livelihoods, and friends and family members. PIH collaborated with other nonprofits, such as Handicap International and International Medical Corps, to recruit three social workers and four psychologists, who provided counseling to clinicians and community members. Twenty community health workers were also trained to identify symptoms of mental illness and given materials so they could support and refer neighbors to Immaculate Conception Hospital.

The preparation paid off. PIH treated 1,682 patients at cholera treatment centers between October 2016 and March 2017. Meanwhile, the organization worked with the Haitian Ministry of Health to help vaccinate nearly 800,000 Haitians against cholera in the south, 60,000 of whom received their dose at Immaculate Conception Hospital.

PIH has been wrapping up efforts in the south following its six-month commitment, and staff are now returning to Port-au-Prince and Mirebalais. But they are connecting with local partners, such as St. Boniface Haiti Foundation in nearby Fond-des-Blancs, to ensure the Les Cayes hospital will continue to be supported during the long recovery ahead.