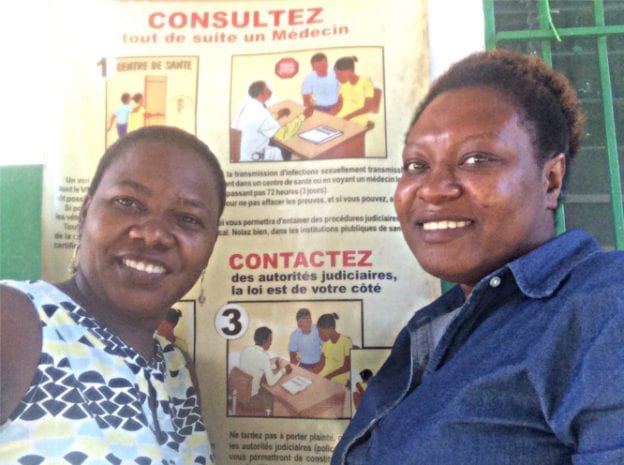 Ermaze Louis Pierre is the project coordinator for Zamni Lasante/Partners In Health Canada’s gender-based violence (GBV) treatment and prevention program in Haiti. To recognize International Day for the Elimination of Violence Against Women, we asked Ermaze about the challenges, lessons, and successes of a comprehensive program that works to expand treatment, support, and prevention of GBV.

When did you start working for Partners In Health/Zanmi Lasante? How did you first hear about PIH/ZL?

I started working for Zanmi Lasante (ZL) in February 2004. I was looking for a job when my friend told me that ZL was beginning work in Hinche. Since I specialized in social and juridical sciences, my friend introduced me to Dr. Fernet Léandre, presently executive co-director of ZL, who encouraged me to apply. I was hired as a social worker responsible for taking care of patients with HIV, orphans, and vulnerable children.

What are your responsibilities as project coordinator for the GBV program?

My responsibilities as the coordinator of this project are diverse. I implement the project under the supervision of Dr. Eddy Jonas, the coordinator of women’s health. My work includes supervising and providing technical support to the social workers’ team; managing personnel; coordinating activities for different commissions of gender based violence surveillance; analysing and interpreting the project’s monthly reports; and organizing the medical and psychological support system offered to victims, with the help of social worker assistants who serve as case managers.

What are the biggest challenges faced by the women who have been victimized by gender-based violence?

The biggest obstacle for victims of violence in Haiti is returning to their community and facing the stigma. The social worker assistants and women’s associations’ representatives offer to visit the victims at their home, but victims often refuse to see them. They still feel ashamed and blame themselves, and they don’t feel safe – especially when their aggressor isn’t in jail. And even if the aggressors do go to jail, women can still feel unsafe. They may fear retaliation after the aggressors get out of jail, especially when it’s a member of their family.

What is the most rewarding part of your job?

What satisfies me about my work is seeing all the players that should be involved in the fight against gender-based violence — like the Ministry for the Status of Women, the department in charge of protection of minors, representatives for human rights organizations, the police, the judicial system, and the healthcare sector — now meeting on a bimonthly basis, through the resources provided by this project. They discuss the GBV situation and the medical, psychosocial, and legal aspects separately, and talk about how to reinforce our efforts in the highest risk areas.

Another rewarding part of my job is seeing the psychosocial and community support that our team gives victims. Historically, our approach was limited to medical attention and delivery of a medical certificate for a judicial investigation, after which the victims would return home with psychological trauma and be left to fend for themselves. Now, victims know that an entire workforce made up of doctors, nurses, social workers and assistant social workers, psychologists, and community health agents are there to support them.

What lessons have you learned over the past year?

I have learned that due to the precarious socioeconomic conditions in which patients live, even in cases where there is a promise of compensation after a rape, certain victims under the influence of their parents are pressured to hide what happened — and so the victims suffer again the nightmare they just lived all over again. In some regions people refer to a notary to conclude compensation negotiations without the victim even going to the hospital. With the support of the women’s groups engaged in the education of families, this is starting to get better. Sometimes, in data analysis, we can see that the number of cases is increasing in our hospitals. It’s not that there are actually more rapes happening, but rather more cases are reported and more women are being treated.

I have also seen that men have an important role to play in gender-based violence programs. Men can disseminate information and spread sensitivity through discussions with their friends. They can also accompany women’s groups in their community education and sensitization campaigns as peer educators.

A large part of the focus of this program is integrating medical and psychosocial care, and access to legal supports. Why is it important for a program like this to be comprehensive?

Medical care is important for the prevention of any undesirable pregnancies and the transmission of any sexually transmitted infections, including HIV. However, the psychological effects of rape or cases of physical or psychological violence deserve just as much attention – and they are much more difficult to treat. In order to help the victim come to terms with feelings like shame, fear, self-stigmatisation, guilt, a desire for revenge and even thoughts of suicide, we must offer them the appropriate psychological and social support. The circumstances surrounding rape and its psychological consequences must be understood properly.

At the community level, we continue to support women in order to prevent them from being revictimized by stigma, and to facilitate their social reintegration. We set up a liaison between victims and both the health agency and the women’s associations where a woman lives. Even though victims often refuse this help because they fear others knowing, it’s important that support is there.

In what ways do you think the program is having an impact and making a difference?

First of all, I think that the program has an impact on the structure of care. We currently have better trained staff, a better care package, better organization of care, and an improved system for collecting and archiving data. Upon arrival at the hospital, the victim is assigned to a social worker assistant who provides accompaniment as a case manager, making sure that the complete care package is offered and that the victim benefits from the appropriate psychosocial and community support, with their consent.

Secondly, we now note the presence of many men in the education and awareness seminars. We ask those in charge of the women’s groups to invite them and they also now have a large presence in community gatherings. Their will to help and to support the victims is proof to us of their motivation. When men are also educated and aware, it makes a huge difference; they now think that violence is everyone’s business and that we all have a responsibility at the community level.

Finally, the formation of surveillance commissions for GBV, based on the ones established in St-Marc and at Hinche, are major new initiatives. These commissions bring together institutions of defense and protection of human rights, health system representatives, the justice system, police, and community groups. They are a place for reflection on the violence problems in the respective regions. We discuss prevention activity plans as well as plans to support the medical, social, and legal aspects of the victims’ lives.

Today is the International Day for the Elimination of Violence Against Women. If you could send a message to women who are victims and survivors of gender-based violence around the world, what would you say?

I would say to all those who are victims of violence – be it sexual, physical or psychological – to not blame nor feel any shame in yourself. Whoever you are, you have the right to be respected. What you are does not make you an object and no one has the right to touch you without your consent, nor to hit you. All women need to be empowered to break the silence and say no to violence.

Help PIH Canada continue to expand services and care for victims of gender-based violence by making a lifesaving gift today. Learn more about our work to improve women’s health around the world. 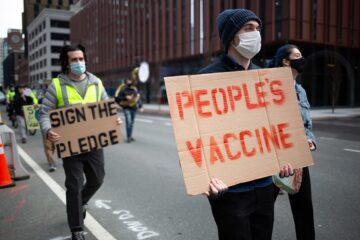 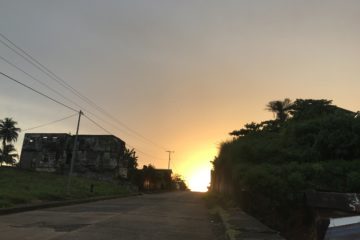 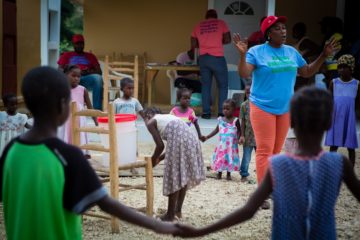