Partners In Health is the subject of a new documentary called Bending the Arc, which looks at the global health movement through the experiences of PIH leaders Dr. Paul Farmer, Dr. Jim Yong Kim, Ophelia Dahl, Dr. Joia Mukherjee, and others.

The documentary premiered in Canada at Doc Soup in October 2017, at the Hot Docs Ted Rogers Cinema, and starting this month, Bending the Arc will be available to the public through community screenings. You can sign up to host a screening in your community, or see if one is already scheduled at a theater near you here.

Bending the Arc will also be screening in Calgary on November 1st and in Courtenay, British Columbia for the 27th Annual World Community Film Festival. 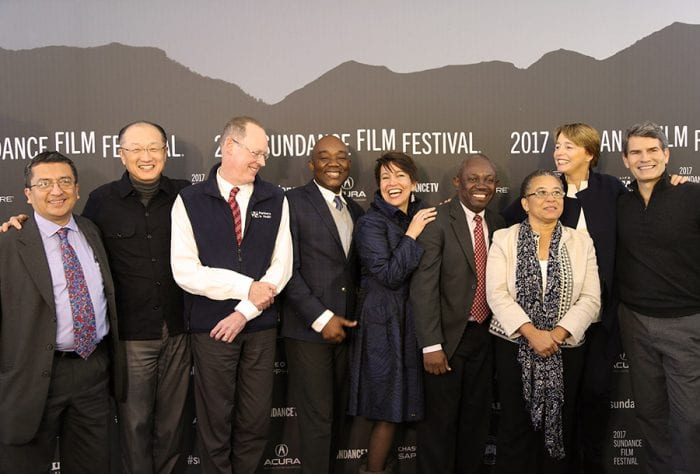 Reviews for Bending the Arc:

Bending the Arc is a heartwarming and radiant offering. Most magically, it transcends the colossal power of its own story to show how individual beings, one step at a time, can right the course of inequality and injustice.

For anyone who wants to believe in the promise of Martin Luther King Jr.’s quote, ‘the arc of the moral universe bends toward justice,’ a film like Bending the Arc is downright inspiring.

For humanists and activists today, who perceive the present social climate as a dark one, I have no doubt that Davidson and Kos’ documentary will energize and offer hope.

Read the full review in Patheos.