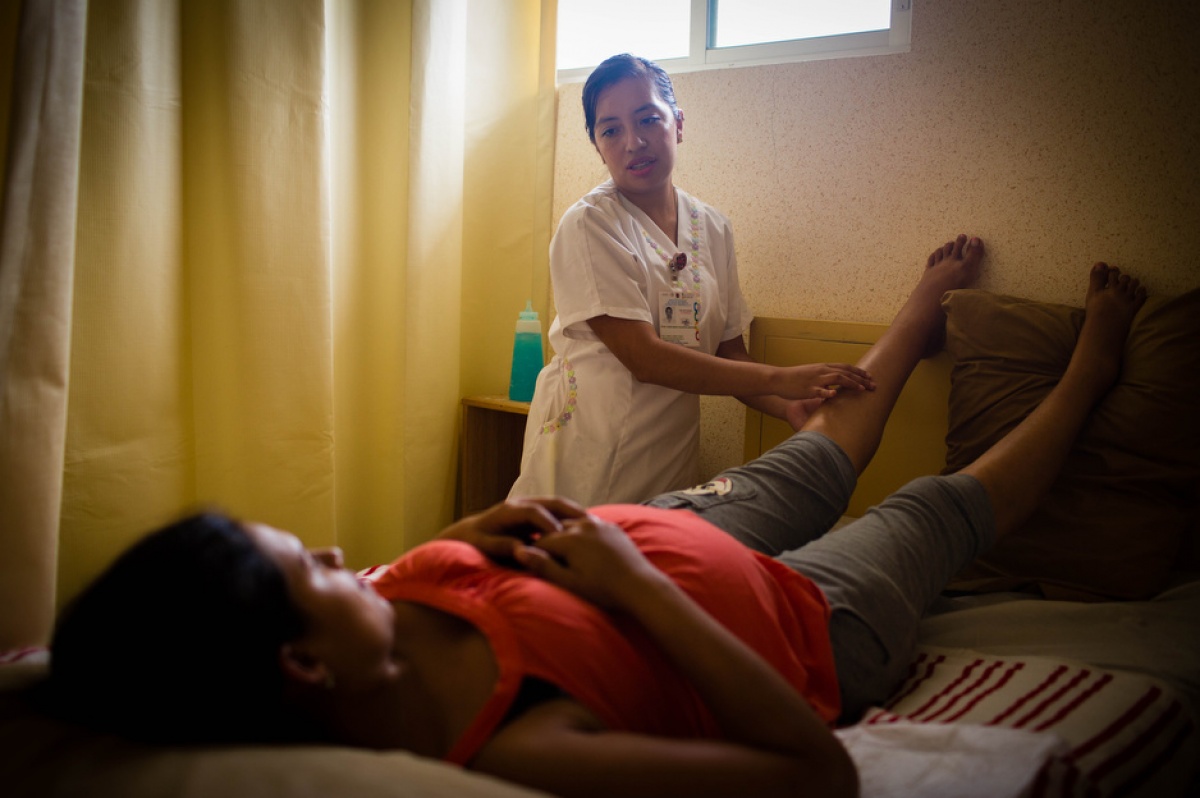 First-year nurse with PIH in Mexico reflects on nursing, decolonization

Caregiving—the essence of the nursing profession—has been a task assigned to women for millennia, based on traditional gender roles that saw women taking care of the home and family. In Mexico, that gendered concept has influenced the nursing profession since its early days. The very first “nurses” in Mexico were not the professional nurses we may think of today, but women engaged in traditional healing, such as midwives, shamans and bonesetters.

When Spanish colonizers arrived in Mexico in the 16th century, new diseases emerged and many new forms of care were imposed, while traditional forms of care were devalued. That meant that midwives and other women healers were also devalued and harsh restrictions were put in place, severely limiting the care they could provide. The Protomedicato—a group of male doctors and the Spanish empire’s highest authority in medicine and health—decided that the midwives’ knowledge was not correct and that they needed re-education to do things more efficiently.

As a result, in spite of their generations of experience, midwives were denigrated—constantly evaluated by an all-male board of physicians and subject to absurd requirements, such as having to study for four years in approved schools and one year longer than male doctors, presenting a certificate of “purity of blood,” and providing testimonies of good conduct. These requirements meant that only two licenses to practice professional midwifery were ever issued during the colonial period in Mexico.

Mexico won its independence from Spain in 1810. But independence didn’t lead to equity for midwives and other women healers. Mexico’s first nursing school was established during the Porfiriato period, as the country underwent a series of reforms aimed at modernization. But even then, nurses—overwhelmingly women—saw their work severely limited compared to their male colleagues and their salaries were much lower, earning 8 pesos compared to doctors’ 166 pesos.

By 1846, midwives were only allowed to assist with childbirth, and even then they were heavily restricted in what they could do. For example, they were forbidden from helping women through difficult or obstructed labor. And after delivery, midwives were only allowed to receive the baby, cut the cord, provide first aid in the event of asphyxia, and indicate when a doctor was needed.

To speak of the subordination of nursing within the medical profession is to speak of gender and structural discrimination—from the fact that care is considered a feminine task, underscoring traditional gender roles, to the fact that, since the creation of the nursing profession, nurses were lower-middle class and doctors upper, accentuating the imbalance of political and economic power. These inequities have taken a toll on the nursing profession, hindering the visibility and recognition of nurses, who find their practice undervalued and their approaches, questioned.

Some progress has been made. As nursing has been professionalized in recent decades, many countries have established specialties, master’s degrees, and doctorates in nursing—educational opportunities that did not previously exist. These strides forward have not only been a success for nursing, but also a success for women, who still make up the majority of nurses worldwide. In Mexico, such progress has been present, but slow, due to the macho ideology that persists, both in society and in the health sector.

As we look to the future of nursing in Mexico, I challenge us to make the profession visible and to embrace a new generation of nurses, who no longer see themselves as inferior. I invite us to reflect on our health system through a gender lens and identify the “micromachismos” that prevail in our workplaces and that hinder the development of the nursing profession. And I invite us to rethink our own perspectives on nurses, especially those of us who are physicians.

I invite physicians to be aware of their position of power in order to combat the prejudices that have historically underscored the working relationship between doctors and nurses.

Lastly, I want to emphasize that this call to action isn’t about excluding men from the nursing field. This is about eliminating the gender stereotypes that surround the nursing profession in order to create a space free of misogyny, where nursing is seen as a profession for all and not as a women’s profession, where care is no longer perceived as an extension of the feminine and is instead validated as a field of professional study.

Learn more about how midwives in Mexico offer care rooted in ancestral knowledge.