PIH a “Safety Net” in Haiti During Weeks of Unrest 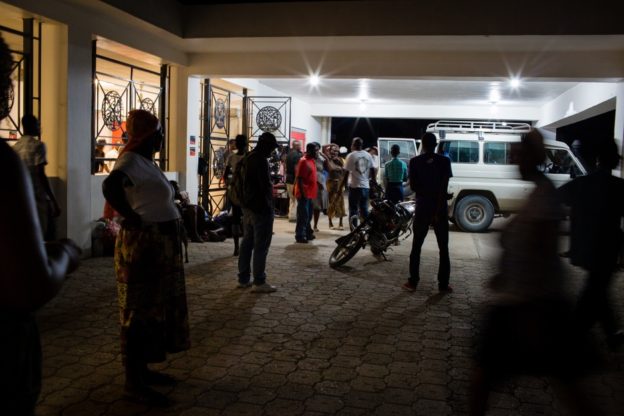 PIH CEO Dr. Sheila Davis spoke recently with leaders at Zanmi Lasante, as PIH is known in Haiti, and provides the latest information about the past six weeks of unrest across the country.

I’m reaching out to share with you an update on the ongoing crisis in Haiti, and what PIH is doing to make sure health care continues to reach every patient in need.

The protest movement that began last summer has escalated to massive demonstrations over the last six weeks. Throughout the country, hundreds of thousands have taken to the streets to protest the devaluation of local currency, high inflation (20 percent), and the alleged misuse of billions of dollars meant for social programs and infrastructure investments.

Protesters are demanding that President Jovenel Moïse step down and for a transitional government to assume power until new elections are held. President Moïse has so far refused to do so, further inflaming the protest.

Unofficial estimates say over 200 people have been injured and 20+ killed. It is impossible to predict when demonstrations will end, but movement leaders are vowing to maintain an “unlimited mobilization.”

“Zanmi Lasante has kept the doors open and the lights on in every single facility.”

The team at Zanmi Lasante is displaying extraordinary courage and shown incredible dedication amidst the strife, even over concerns for their personal safety. With gas stations running dry, grocery shelves emptied, banks closed, and health facilities shuttered throughout the country, Zanmi Lasante has kept the doors open and the lights on in every single facility.

As other hospitals shut down, more people are traveling to our facilities to seek urgent care. The hospital we support in St. Marc delivered 720 babies last month – a 144 percent increase over the same period last year. While we’re proud to stand as a safety net for the entire Haitian health system, we know that many more mothers are unable to find a safe place to give birth as this crisis escalates.

Staff are scrambling to secure fuel for generators, dodging stones and tear gas—all to care for each other and our patients, many of whom struggle to meet their most basic needs on a good day. If PIH was founded on the idea of providing care that prioritizes the needs of the poor, then our colleagues are exemplifying the best of PIH. But they are in urgent need of fuel, food for patients and themselves, and basic supplies.

We will share updates as the situation progresses. Meanwhile, please keep Haiti and Zanmi Lasante in your thoughts and, if you can, consider making a donation to help us stay open.