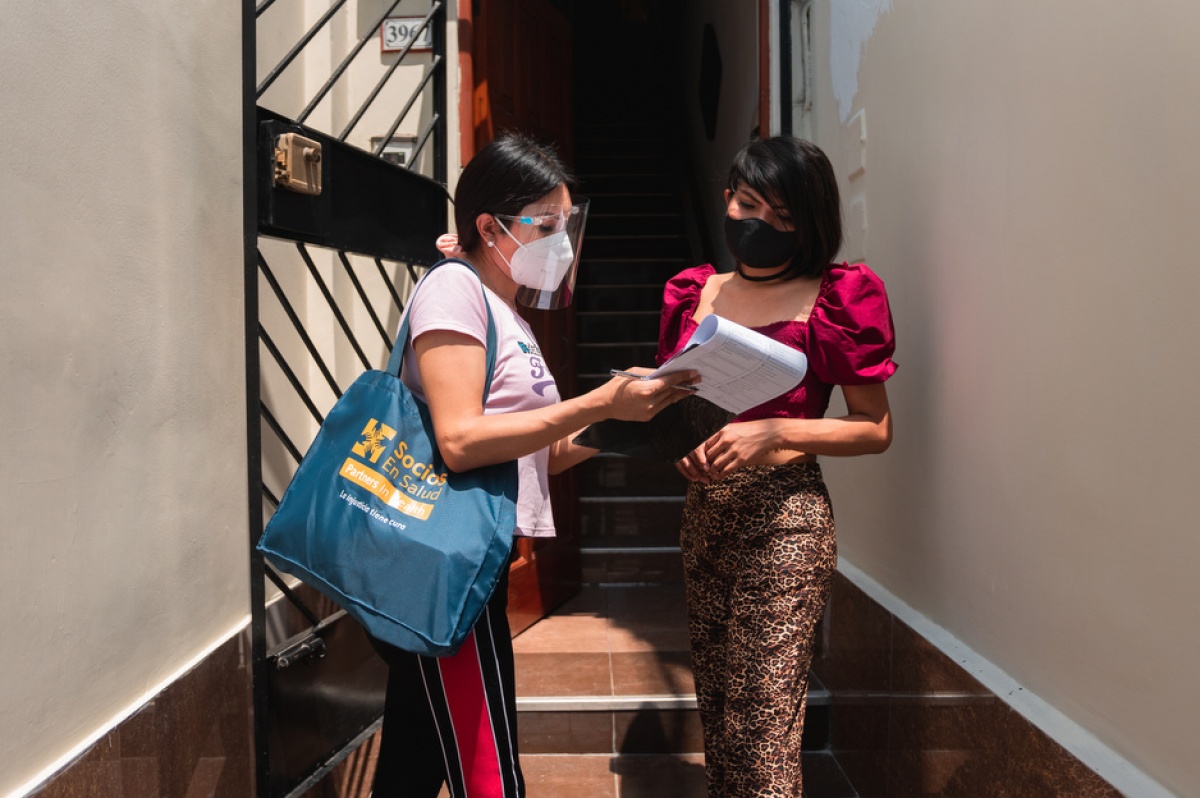 On the streets of Lima, 86% of transgender women have faced discrimination. And more than half have experienced domestic violence.

That’s according to a recent survey by Socios En Salud, as Partners In Health is known in Peru, and Féminas Perú, a grassroots organization focused on transgender rights.

The research comes as part of Socios En Salud’s recent efforts to improve access to health services and quality of care for transgender women—one of Peru’s most marginalized groups.

“Through the Féminas intervention, we are trying to end the stigma and discrimination against this population, long neglected by society,” says Giuliana Hernandez, Socios En Salud’s coordinator of the Féminas project. “We must protect health care as a human right. All people deserve access to quality health care.”

‘We Continue To Be Invisible’

For the thousands of transgender women living in Peru, discrimination, stigma, and fear of violence mark daily life.

“Being a trans woman in Peru is very difficult,” says Lesly Quispe, a transgender activist and member of Féminas. “It has impacted my life, from the moment I’ve realized my identity and made the decision to be who I am.”

Across Latin America, most transgender women don’t live past their 35th birthday. HIV prevalence among trans women—whose job prospects are often limited to sex work due to systemic barriers—is as high as 38%. And more transgender people are murdered in Latin America than on any other continent—violence that is routinely un- or under-reported.

That discrimination and violence extends to the health care system, too.

For the vast majority of transgender women, these challenges are compounded by a lack of national identity documents that reflect their gender identity.

National IDs are required to access health care, social services, and formal employment in Peru. Despite years of activism and even proposed legislation, Peru does not allow people to change their name, gender, and photo on their national identification cards through an administrative process.

In order to update their IDs, Peruvians must resort to a lengthy and costly judicial process that includes a background check, psychological evaluation, and witness interviews—requirements that effectively bar most transgender people from being able to change their IDs.

Without IDs that match their gender identity, transgender people face even greater levels of discrimination and harassment, as well as exclusion from most jobs—forcing many to take up sex work.

“We continue to be invisible as trans women,” says Leyla Huerta, one of the founders of Féminas Peru.

Socios En Salud has provided health services to transgender women for years through its medical care and social support for sex workers, people living with HIV, and other at-risk groups in Lima and Carabayllo.

Step one was to ask the women what they needed.

To accomplish this, Socios En Salud partnered with Féminas Peru to conduct several months of surveys, focused on transgender women living in Lima; the results were recently released, after the data was validated.

The first survey, an online questionnaire sent to 701 transgender women in the city and conducted from October to December 2019, found that 86% had faced discrimination, 52% had suffered from domestic violence, and nearly 61% had felt unhappy in the last two weeks.

The second survey, conducted in-person among 301 transgender women from September to October 2020, found that 73% of the women were unable to update their national IDs, 33% didn’t have any health insurance, and 49% suffered from depression.

The results were a call to action.

In the coming months, Socios En Salud will use the survey results to inform its strategy moving forward, as it provides clinical support for transgender women, accompaniment through the national ID process, and a mental health support program. It has already begun to implement peer support groups and psychological first aid sessions.

There’s a long road ahead, and the surveys were just the first step. But Quispe is hopeful the research will pave the way for meaningful change.

“For Socios En Salud and Féminas, these results are a call to establish strategies to reduce the limitations for the development of this population,” she says. “We will continue to work to strengthen health systems in Peru and accompany patients in each and every step of their journey.”

See how a co-op program in Peru is helping mothers generate an income through knitting to support their families.