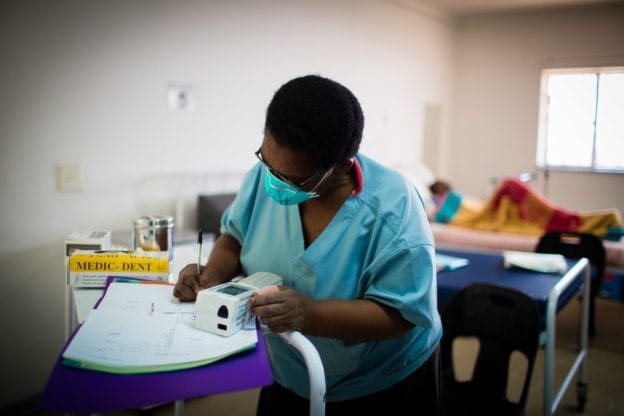 Dr. KJ Seung, who has been fighting tuberculosis with Partners In Health since 2001, urged the World Health Organization and national governments to quickly implement new treatment plans for the deadly infectious disease, in an op-ed published Wednesday in The Lancet Global Health and co-authored by Dr. Cathy Hewison of Médecins Sans Frontières.

“The choice is clear: by choosing to implement the new regimens under operational research conditions, national tuberculosis programs will bring the benefits of scientific advancement to patients who need them and generate important evidence that will benefit other patients worldwide,” Seung and Hewison write.

TB is the world’s deadliest infectious disease, killing an estimated 1.6 million people worldwide per year. The disease’s multidrug-resistant strain, known as MDR-TB, is especially severe, and traditionally has required long, grueling treatment regimens. But recently, studies involving new TB drugs—the first of their kind in more than 40 years—are proving effective. Evidence now suggests that regimens that involve only oral drugs, rather than injections that have led to some of the harshest side effects for patients, are now possible.

Seung and Hewison write that the WHO’s newly revised guidelines for MDR-TB treatment—supporting shorter regimens with only oral drugs—are a crucial step in the right direction.

“These new recommendations, if implemented, are expected to have a huge impact globally, increasing access of patients with multidrug-resistant tuberculosis to more effective and safer drug regimens that avoid debilitating side effects, such as permanent hearing loss,” the authors write.

They question, though, the WHO’s recommendation that new, shorter regimens only be fully rolled out after clinical trials are concluded—which, in some cases, could mean after 2022. Seung and Hewison urge, instead, that the regimens be used more widely in national treatment programs now.

“We believe that such research should be prospective and longitudinal in nature, supported by external funding, and analyzed with a single set of internationally accepted, systematically applied outcome definitions. Ideally, protocols would be harmonized across sites, allowing for data to be pooled easily,” the authors write. “If done this way, and rigorously analyzed, operational research of new shorter regimens in realistic field conditions can complement the trial experience.”

Seung is a co-leader of the endTB project, a consortium that includes PIH, Médecins Sans Frontières and Interactive Research and Development, and is funded by Unitaid. Seung also is an assistant professor at Harvard Medical School and an associate physician at Brigham and Women’s Hospital. Hewison is a TB advisor for Médecins Sans Frontières.

See what PIH’s MDR-TB care in Liberia has meant for one of our patients, or see how PIH is bringing modern rapid TB testing directly to the communities where it is needed most in Lima, Peru.