Research: Health Systems, Like Patients, Can Suffer From Misdiagnosis 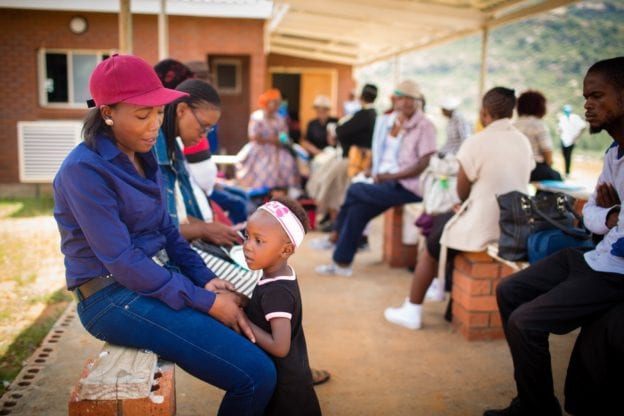 As HIV care advanced following the introduction of antiretrovirals, clinicians observed a curious phenomenon: Some patients’ health unexpectedly got worse, rather than better, shortly after they began treatment.

It seemed that HIV treatment awakened patients’ immune systems, allowing them to fight ailments that previously had lain dormant, or unchallenged, because HIV had suppressed their body’s ability to respond. This led some doctors to think patients were getting sicker, when actually, they were starting the arduous process of getting better.

A newly published study shows that the same phenomenon applies to health systems, and that failure to recognize it can lead to the elimination of new programs or funding streams, before they have a chance to succeed.

“Without substantial or measurable early impact, funders and program implementers may question the utility of their intervention, methods, and goals,” says Dr. Anatole Manzi, director of clinical practice and quality improvement for Partners In Health.

The study reveals that programs or interventions put in place to improve health systems often are assessed too early. As a result, funding has been cut from many programs that could have effectively improved health outcomes and saved lives, had they simply been given more time to unfold.

Manzi asserts that when a country or community implements a program to improve a health system, the quality of health care services initially can appear to suffer. There are several reasons why this might occur. Health care workers start finding and reporting more cases, so disease rates rise. And as more people learn to trust what was once a broken health system, demand for services increases—sometimes faster than staffing levels or available resources.

It’s crucial for health system implementers and funders to be aware of this dynamic, the study states, to more accurately assess new programs.

“It’s important for the Global Fund to Fight AIDS, Tuberculosis and Malaria, and other funding institutions, to understand this evolution of health interventions, because they’re affecting our health outcomes,” Manzi says. “Unfortunately, the [current assessment] requirements are setting up countries to fail.”

While the overall effectiveness of programs to strengthen health systems has been assessed in the past, this study is the first to break down the specific evolution of implementation. Manzi and the study’s co-authors use a World Health Organization framework to break down implementation into four phases: quiescent, reactive, restorative, and stability.

The quiescent phase occurs directly after the launch of an intervention, and is when the health system gears up to respond to change.

Delays in effectiveness most frequently happen in the second, or reactive, phase—often marked by baseline data that gets worse, not better. Unfortunately, that often coincides with the time when programs are evaluated for the renewal of a grant or other source of funding.

Should programs reach the third, or restorative, phase, practitioners start to see significant improvement in the health system.

Finally, programs reach their desired outcome in the stability phase.

“This is an untold story. Most grants have a renewal timeline of one year or two,” Manzi says. “In many cases, the project is in the reactive phase at the end of the grant. It’s unfortunate for projects that were going to succeed.”

An intervention to eliminate malaria in Rwanda, for example, saw an unexpected increase of cases during the reactive phase, due in part to health workers finding more malaria patients through better data collection, monitoring, and reporting. As the project moved into the restorative and stability phases, though, teams saw remarkable improvements in malaria case-finding and management. Those improvements would not have occurred if funders had pulled the plug after initial results.

Another example has occurred in Lesotho, where a slight decline in primary care services followed the launch of a national health reform. Again, the short-term setback primarily was related to a more streamlined system for data collection and reporting.

Stakeholders also must consider the entire scope of impacts and needs that health system interventions can cause. When only partial impacts are considered, some indicators can begin to improve, while others may significantly worsen if the health system can’t handle the demand.

This often happens with vertical programs, which target one aspect of care rather than health system as a whole. For example, an intervention to increase the number of people who use health facilities can lead to a breakdown in services, if other important elements like medical supplies and human resources are not considered.

“Given that typical funding grants for health system strengthening projects range from one to three years in length,” Manzi says, “monitoring and quality improvement early in the intervention becomes critical as a means to shorten the reactive phase and prevent early abandonment of the intervention.”

As global leaders and communities around the world raise their voices to advocate for universal health coverage, and care, it will be crucial to redesign tactics for effective implementation, research, and health financing. Strongly considering these dynamics, and contextual factors for different health systems, will help stakeholders ensure effective implementation of improvement projects, and ultimately, better health outcomes.

See how PIH leaders in Haiti are sharing the results of their innovative emergency medicine model as a means to inspire other countires to scale up emergency care.