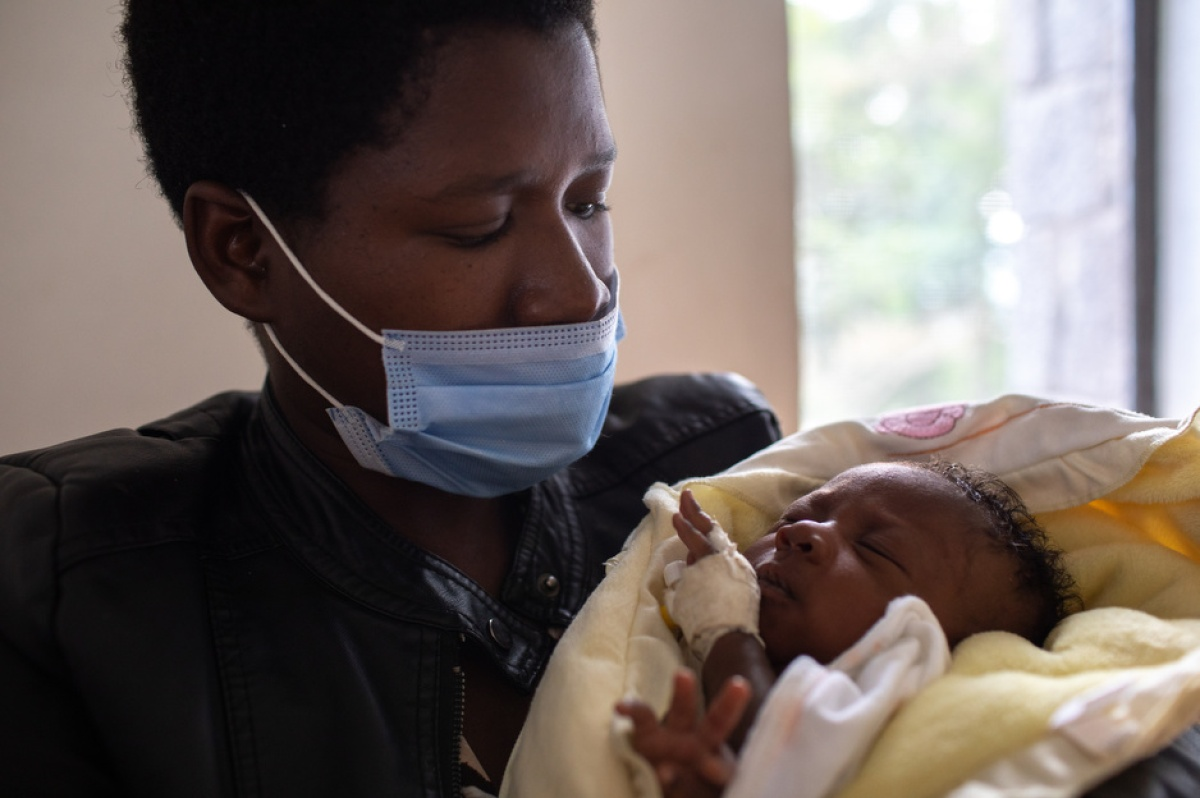 All Babies Count reduced neonatal deaths by 35% in rural districts

In Rwanda, “impinja ntizigapfe” captures a mother’s prayer—that no baby ever dies. The phrase is part of a folk song in Kinyarwanda, one of the country’s four official languages. And it inspired an innovative program intent on saving newborns’ lives.

The program, All Babies Count, was launched by Inshuti Mu Buzima, as Partners In Health is known locally, and the Rwandan Ministry of Health in 2013, focused on reducing newborn deaths in Kayonza and Kirehe, two rural districts where neonatal mortality was high.

The results were striking: in just 18 months, the program reduced neonatal mortality by 35%. Among high-risk preterm and low-birth-weight newborns, that drop was even greater—49%.

Since then, PIH staff have been determined to understand what made All Babies Count so successful—curiosity that led to new research published last year in Global Health: Science and Practice.

The study examines how All Babies Count reduced neonatal mortality and what those findings could mean for efforts to save newborns’ lives throughout Rwanda and worldwide, especially in rural contexts.

“What All Babies Count did is to provide knowledge and skills,” says Dr. Erick Baganizi, director of maternal, newborn, child, and adolescent health at Inshuti Mu Buzima and co-authour of the study. “It has had a huge impact on premature babies.”

‘These Achievements Are Possible’

Over the past two decades, Rwanda has made remarkable progress toward reducing child mortality. But neonatal mortality has not seen the same level of progress and has remained alarmingly high in rural areas such as Kayonza and Kirehe, where 30 out of every 1,000 newborns died in 2013, compared to the nationwide ratio in Rwanda of 19.5 and United States’ 4.

Since its inception in 2013, All Babies Count aimed to change that. Launched by Inshuti Mu Buzima and the Rwandan Ministry of Health as an 18-month pilot, the program had one mission: end preventable neonatal deaths by equipping hospitals with resources, training, and national protocols for neonatal care.

Caring for newborns with health complications is costly and challenging for any hospital, but especially for those in rural communities where access to resources, staff, and expertise is limited. Having the right medical equipment can mean the difference between life or death for a baby born prematurely, or with other complications—a reality that clinicians routinely saw in Kayonza and Kirehe districts.

To address this critical gap, All Babies Count helped hospitals and clinics in these districts procure lifesaving medical equipment, such as delivery tables, incubators, suction machines, and infant scales, improving their capacity for neonatal care and providing safe, clean infrastructure for both mothers and babies.

The program also invested in training and mentoring clinicians, offering “learning collaborative” sessions for health professionals to meet and share best practices and partnering with the Ministry of Health to develop national protocols for neonatal care and strategies to onboard clinicians—strategies that could be as simple as hanging a flyer on the wall of a clinic, or as complex as implementing mandatory trainings.

“Having the entire country on the same message for neonatal care really played a big role,” says Merab Nyishime, a neonatal nurse specialist who managed All Babies Count from 2013 to 2017.

After the 18-month pilot, neonatal mortality in Kayonza and Kirehe dropped from 30.1 to 19.6 deaths per 1,000 live births. Overall, 139 nurses and midwives were trained in essential newborn care, and more than 150 health workers were trained in the management of pre-eclampsia and eclampsia—both potentially life-threatening conditions for expectant mothers and, by relation, their newborns. Every hospital in the program received a full-time nurse or midwife mentor to provide specialized training.

All Babies Count was so effective that it was expanded to seven hospitals and 69 health centers across Rwanda from 2016 to 2019 and its elements—such as trainings, data sharing, quality improvement projects, and the learning collaborative—were integrated into Rwanda’s national strategy for neonatal care, which continues to this day. And it has served as a model for health workers elsewhere—PIH Liberia is applying elements of the program to its own maternal and neonatal care.

“This type of project helps in spreading knowledge and also increases the confidence of people who see the project working,” says Baganizi. “It’s a good way to show that this is doable, even if you are in a low-resource setting. These are the achievements that are possible.”