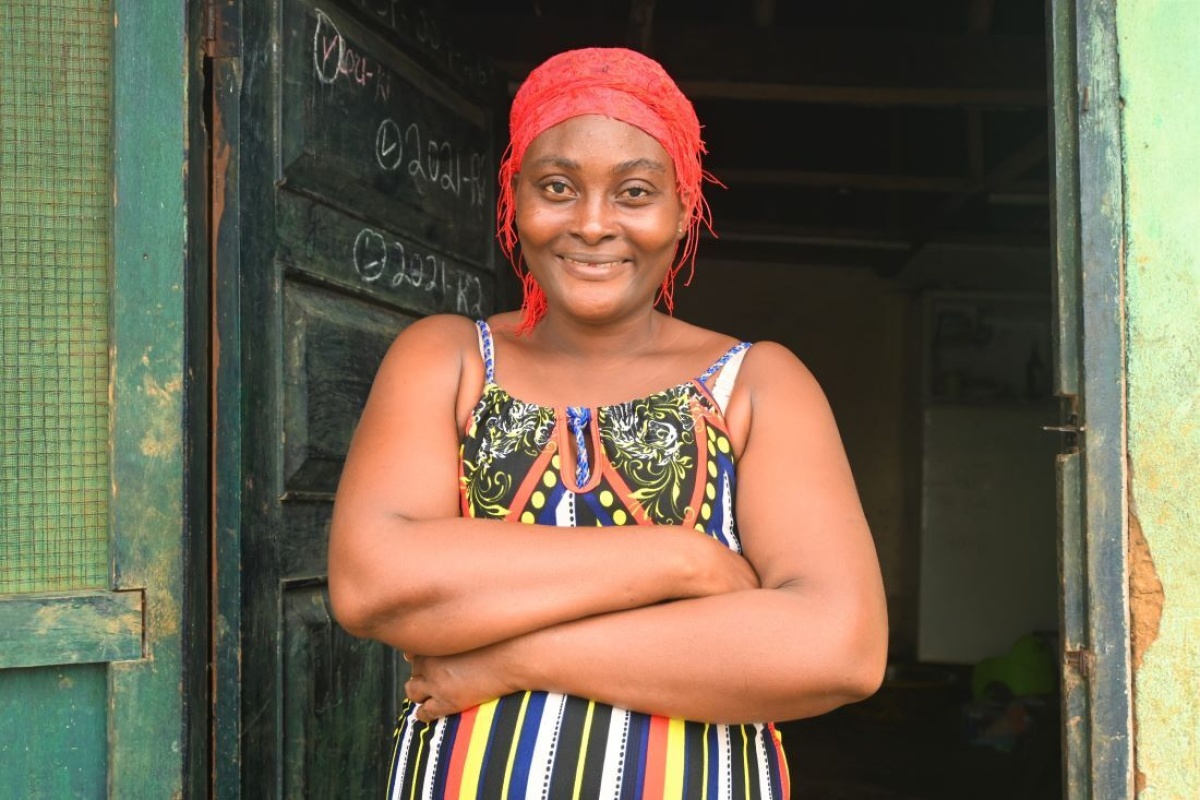 In 2019, Ma-Kebbeh (pseudonym) began to show signs of schizophrenia. She talked to herself, refused to eat, and experienced hallucinations. According to her, strange things were happening.

“There was blood on the curtains and a dog entered our house,” she says. “And there was a big snake in the bathroom. My husband’s little brother killed it.”

Her family believed she was under spiritual attack and dismissed the thought of a potential mental illness. Hoping to protect her, her husband sent her 250 miles away from their home in Monrovia to her mother’s house in Harper, but this did not help. She was then sent to several churches by her mother and sister with the hope that prayers would heal her. For a year, they tried to rid her of the “demons” attacking her by using pepper, burning incense, and sprinkling her with Holy Water. Nothing worked.

Eventually, Ma-Kebbeh was taken by her mother to a church in Harper, where she was tied to a palm tree upon arrival to ensure she didn’t run away, as she had in the past due to her condition. Meanwhile, Prophet Samuel Howe called Garmai Cyrus-Biddle, PIH Liberia’s mental health coordinator, to immediately alert her of the situation.

Finally, Ma-Kebbeh’s journey took a turn for the better. PIH Liberia’s mental health team had created a partnership with the church to provide care for patients such as Ma-Kebbeh, in collaboration with the Maryland County health team. Originally launched in 2018 to help those with depression, the mental health quality improvement initiative has since expanded to include patients with other mental health disorders, such as schizophrenia—which affects 20 million people worldwide. PIH mental health staff and the Maryland County health team work with traditional and religious healers to ensure continuous care for patients by training them to identify and refer people with common mental disorders from the community to health facilities for treatment. This is much needed in southeastern Liberia, where mental health services are limited, so residents often turn for relief to traditional medicine and witchcraft.

When Garmai got Howe’s call, she traveled to the church to meet Ma-Kebbeh, who was hesitant to receive care but eventually consented to counseling and—in turn—medication. For a month, the mental health team continued to visit and provide high-quality care for Ma-Kebbeh out of the church.

“It makes me very happy for us to work together,” says Howe, “because when the mental health patients come to me when Garmai and her team were not here, I didn’t have any medicine to give them…So now, when I get a patient like that, I call them to come.” In time, Ma-Kebbeh was transferred to nearby Partners In Health-supported health facility, J.J. Dossen Hospital, to continue treatment. After consulting with the mental health team for a few hours, she was discharged to her family in Harper and continued to visit the mental health clinic at the hospital for regularly scheduled appointments. In addition, Ma-Kebbeh was visited at home weekly by a PIH mental health psychosocial assistant who counseled her and monitored her progress.

Since PIH began providing care, her health has significantly improved; she no longer talks to herself, she is comfortable being around others and moved back to Monrovia to live with her husband and three children. She continues to make the trip to Harper every other month to visit a mental health clinician and refill her medication.

“I got hope,” Ma-Kebbeh says. “I am grateful to God for the delivery and grateful to PIH for the treatment.”

Emergency response to the devastating 2010 earthquake has grown into a system of mental health care in Haiti that now serves thousands of patients and has become a model for overcoming systemic and structural challenges.