PIH Vaccinates Hundreds Against COVID-19 in Highlands of Chiapas 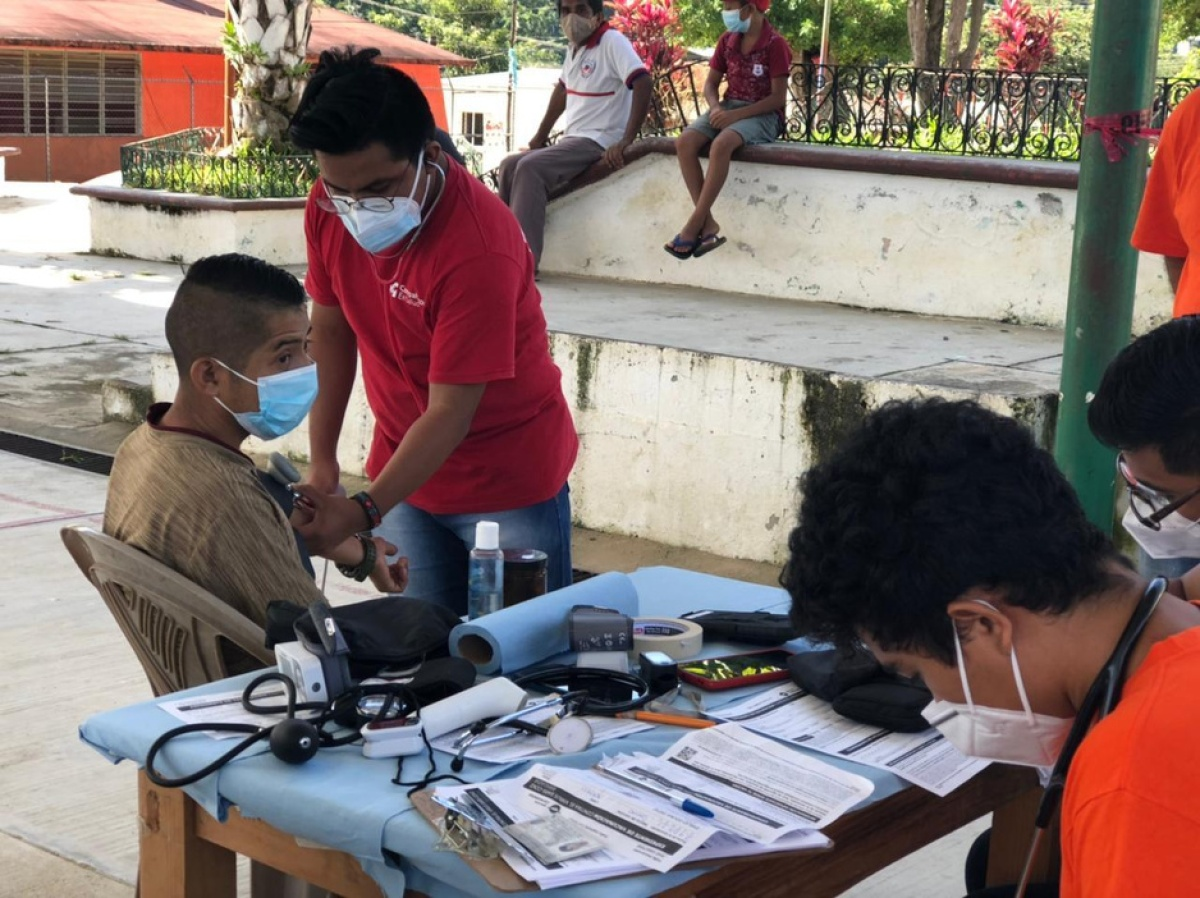 It all began when Dr. Ana Laura Rodríguez received a call in mid-September: Compañeros En Salud, as Partners In Health is known in Mexico, would receive a total of 2,000 COVID-19 vaccines to be distributed in 10 rural communities in the highlands of Chiapas.

The news came as a welcome turning point—but also a challenge. Chiapas was where the most remote and vulnerable villages had been hard hit by COVID-19 and lagged behind in vaccine access, despite vaccinations beginning in Mexico in early 2021.

Rodríguez, infection prevention and control coordinator with Compañeros En Salud, would have just seven days to organize a vaccination campaign—a process that usually takes months to plan—and to mobilize personnel, supplies, and systems, including a cold chain to keep vaccines an appropriate temperature.

It was a race against the clock and an effort overshadowed by global vaccine inequity: for a population of 85,325, Compañeros En Salud received just 2,000 vaccines.

But after weathering several waves of the pandemic—seeing parents, sisters, aunts, and grandparents pass away—Rodríguez and her team at Compañeros En Salud were determined to get vaccines into the arms of as many people as possible.

The next seven days would put Compañeros En Salud to the test.

“It is generally thought that a vaccination campaign requires only clinical staff,” says Mineo Yanome, head of operations at Compañeros En Salud, “but for one clinical person, you need four more support staff, including drivers [and] community managers.”

As many as 60 staff members and volunteers at Compañeros En Salud—from nurses to drivers—paused their usual activities on short notice and mobilized to help deliver vaccines to patients in 12 rural communities—10 where Compañeros En Salud has worked for more than a decade, in partnership with the Mexican Ministry of Health, and two nearby communities.

To spread the word about the vaccination campaign, Sandra Vázquez, community manager with Compañeros En Salud, and her team hung flyers throughout the communities, broadcast announcements on the streets,  and went house to house knocking on doors, sharing information with community members and listening to any questions or concerns.

Those concerns, Vázquez found, remained a hurdle to vaccination.

“One big surprise was that the stigmatization was much stronger than we thought,” says Vázquez. “Some people didn’t want to get vaccinated because they have acquaintances who haven’t been able to work for a few days because of arm pain or discomfort from the vaccination. The fact is that missing even one day of work in the highlands of Chiapas means a loss of economic resources that affects the entire family.”

Vázquez has also noted how myths surrounding the pandemic remain pervasive. In various communities, the vaccine is rumored to be a mark of the devil, a sign of the apocalypse, or a government conspiracy to sterilize people. As sensational as some of the rumors are, it is not uncommon for people to distrust the government in Chiapas, since these communities have been systematically oppressed for decades.

To counter the spread of misinformation, Vázquez turned to a time-tested approach: relying on the expertise of community health workers, known locally as acompañantes. These workers are neighbors, friends, and community members who are from the communities and have been trained to provide basic health services. Community health workers visited dozens of families at their homes, sharing information about the upcoming vaccination campaign and following up with suspected cases of COVID-19 to provide support.

In Mexico and around the world, it’s not just COVID-19 killing patients—it’s inequity.

COVID-19 mortality is 50% higher in rural areas compared to urban areas in Mexico, according to Dr. Hugo Lopez-Gatell, the nation’s undersecretary of health. This is due to social inequality, lack of access to specialized health services, poverty, and the long distances people have to travel to even reach a primary care clinic.

In July, the Frailesca region of Chiapas experienced the devastation of the third wave of COVID-19—a crisis that brought Compañeros En Salud’s Center for Respiratory Diseases in Jaltenango to 80% capacity. Had vaccines been available in Chiapas months earlier, those numbers would have been significantly reduced.

The evidence so far, says Rodríguez, suggests that epidemiological change will come when 70% of a population is immunized. Signs of that trend have already emerged in Laguna del Cofre, a rural community where part of the population had been vaccinated and, when faced with the third wave in July 2021, had a very low rate of positive cases.

Change remains an uphill battle, due to global vaccine inequity and reluctance among patients whose trust of the health system has been broken.

The situation is just one of many instances where the urgent need for universal access to vaccines becomes abundantly clear—uncovering the inequity that exists around the country and the world, where rich countries such as the United States, Spain, and Canada have more than 70% of their population vaccinated, while countries such as Nicaragua, Liberia, and Iraq have not even reached 10% vaccination coverage. This situation is due to the unequal distribution of vaccines worldwide.

In just seven days, Compañeros En Salud was able to vaccinate 460 people in the communities—a modest percentage of the population—and returned the remaining doses to the Ministry of Health. But amid a pandemic that continues to cause death and destruction worldwide, every win, no matter how small, counts.

“There is still a lot of work to be done,” says Yanome. “But at the end of the day, it gives us great satisfaction to know that we can support people who otherwise would not have had access to vaccines.”

In Mexico, a Partners In Health team fights misinformation around COVID-19 vaccines; listening to rural communities is essential to building trust.