Say You Were a Pregnant Woman in Liberia… 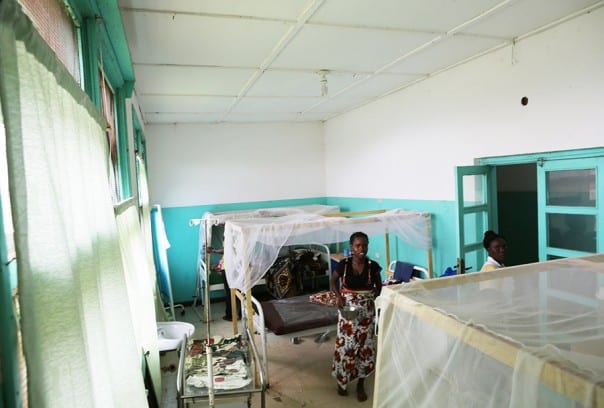 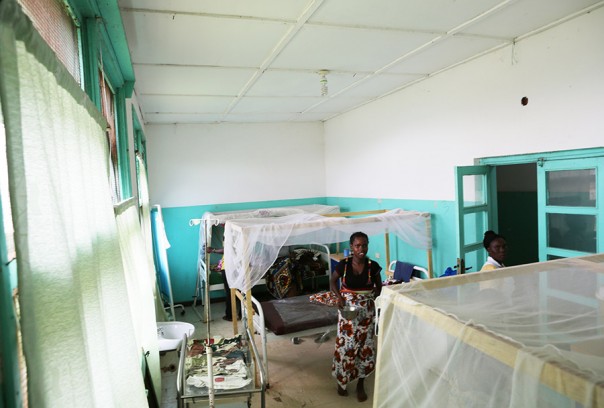 A view of the maternity ward at J.J. Dossen Memorial Hospital in southeast Liberia in 2015.
PIH is nearly finished with a six-month remodel of the hospital.

When a pregnant woman in rural, southeast Liberia visits a public health clinic near her home, here’s an example of what she might find.

The clinic has no plumbing, so buckets of well water are brought in to try to keep things sanitary. Ever since someone stole the diesel generator a couple of months earlier, it hasn’t had electricity either. Women give birth at night by the glow of a kerosene lamp. Those delivering during the wet season have it even worse. “The rains come through a hole in the roof and flow into the delivery room, so the floor is slippery,” explains the 28-year-old nursing student in charge, while demonstrating the wide stance he uses to maintain balance during deliveries. It also doesn’t have a simple squeeze-bag resuscitator for babies who are born ill or premature and is missing all but a handful of essential drugs.

In an emergency, help is, technically, a call away. The district ambulance—when not already in use—must travel an hour down a rutted and boggy 4×4 track, and then at least another hour to the nearest emergency room. Of course that assumes the driver can be reached. The only place to get cellphone reception is in a palm tree behind the clinic. A person plugs earbuds into his cellphone, dials, places the phone high in the tree, and hopes for a ringing sound.

The clinic is not atypical. Many public clinics, health centers, and hospitals in Liberia face similar problems. Credit the upheavals caused by an Ebola epidemic and a 13-year civil war, and a national budget that can’t afford to spend even $50 on health care per citizen. The Liberian landscape might be all creeper vines and primordial trees, but the health care system can be a desert—especially for millions of pregnant women.

Partners In Health’s Community Health Supervisor M. Hnede A. Kondy—or “Mommy Mary,” as she is known—has been a nurse and midwife in southeast Liberia since 1984. “I don’t know how many hundreds of babies I have delivered,” she says. “I have a lot of them around here who are even having their own children now.”

Mommy Mary says that most soon-to-be-mothers in rural Liberia are poor, in their early 20s, and have a couple years of primary school education. When labor starts, women get busy. “They work harder—splitting wood, fetching water, cooking for that day, washing clothes,” she says. “They do this because they say they want the labor to be fast.”

Many women give birth at home—often in mud-walled, dirt-floored houses surrounded by traditional midwives, mothers, sisters, or aunts. If anything goes wrong, a neighbor might be able to drive the woman to a clinic on the back of his motorcycle, but, says Mommy Mary, many complications are taken care of on the spot. Say a baby’s body is too large to fit through a woman’s pelvis. Without an ultrasound, no one knows this, so a woman will be encouraged to push.

“Sometimes they will call some men to take care of you,” says Mommy Mary. “The men will beat you with sticks. Or they will bring red ants from the tree and put them on you. While the ants are biting you, you are yelling, you will deliver.” Pushing too early can tear the vagina, risking the life of mother and baby.

Those who opt not to give birth at home sometimes visit their nearest public health clinic, such as the one mentioned earlier. But few make the hour-plus walk. As the officer in charge there admits, “Most women don’t want to deliver in the clinic.”

Instead, a woman might opt for a public health center, which is farther afield but more likely to have a certified nurse, a couple dozen medications, electricity, and running water. Unfortunately, even if all goes well at a health center, all doesn’t necessarily end well.

Take Pleebo Health Center, a small PIH-supported public health facility in southeast Liberia that has four beds in the post-natal room and serves all 20,000 people in the town of Pleebo, and another 30,000 in the surrounding area. “By rights, we should keep them 24 or 36 hours to see that the baby is sucking well, to see that the bleeding is being monitored, to see that they are urinating regularly,” says Mommy Mary. But no sooner did Pleebo get a reputation for safe births than it was crowded with laboring mothers. One night not long ago, nurses at Pleebo successfully delivered eight babies. The new mothers ended up two-to-a-bed and on mattresses on the floor. After half a day, other women needed it. The first group and their infants had to be asked to hit the road.

The final choice for a pregnant mother is a big, usually white-painted public hospital. Doctors and nurses at many safely perform cesarean sections, treat women convulsing from malaria, and more, which is especially helpful because they’re responsible for patients referred from clinics and health centers. The rarest few hospitals have blood banks with a couple liters in stock, so family members don’t have to be asked to donate on the spot during emergencies. Some even have functional pharmacies.

But unfortunately a government hospital isn’t always equipped to offer proper care. Liberia, population 4.2 million, has 1,400 nurses; a U.S. state with the same population, such as Kentucky, has 40,000 nurses.

Understaffing plays out badly. The situation in the obstetrics unit of nearby J.J. Dossen Memorial Hospital, which PIH supports, is typical. Women lie on benches waiting their turn. Each of four nurses, earning roughly $1.25 per hour, gives antenatal check-ups to an average of 46 patients per day—a pace that hardly allows them enough time to give each woman a physical, let alone follow up on danger signs.

Technology doesn’t ease the exhaustive pace. The ward at J.J. Dossen doesn’t have fetal dopplers, devices that electronically measure a baby’s heart rate. Instead, nurses are forced to use fetus cups, cheap metal cones that they place on the woman’s belly to listen for the faint sound of a tiny heartbeat.

The previous month, when she was working at a hospital in a neighboring district, a pregnant woman was grossly misled. Quiwea says the woman arrived for her prenatal visit, and the nurse—well-intentioned but harried, using a fetus cup and straining to hear over the commotion in the hallways—probably confused the thup-thup sound made by the mother’s abdominal aorta with the thup-thup of the fetus’s heart.

“She carried that fetus until she went into labor,” Quiwea recalls. “But at the end of the day, we found out that the fetus had died a week earlier.”

If the hospital hadn’t happened to have the right antibiotics on hand, an intrauterine infection would have killed the mother, too.

Given all this, it’s no surprise that Liberia has one of the worst maternal mortality rates anywhere outside of an active war zone: 1,072 deaths per 100,000 live births. Put in plain English, roughly 1 in 28 Liberian women die in the weeks before, during, or after childbirth.

This is depressing, no little bit to Liberian women, 47 percent of whom recently replied in a survey that maternal health was “a very serious problem.” (Another 42 percent perceived it as “somewhat serious.”) But it’s worth remembering that not so long ago, Rwanda was in a similar fix. In 2000, its maternal mortality rate was 1,071 deaths per 100,000 live births, virtually identical to Liberia now. But local leaders and concerned partners, including PIH, saw opportunity instead of tragedy, and over two decades, they acted with grit and faith and unchecked compassion. To what end? The number of Rwandan women who die from pregnancy or delivery has decreased 80 percent.

PIH is working with Liberia’s Ministry of Health for the same transformation. We applaud President Sirleaf’s pledge to tackle maternal mortality, reviewing many cases personally. We are supporting the Ministry of Health’s “Accelerated Action Plan to Reduce Maternal and Newborn Mortality” and taking the lead in a number of facilities in southeast Liberia, the remote area that is our focus. We are topping up the drug supplies in health clinics and mentoring and training clinicians. We have renovated, and will soon expand, Pleebo Health Center. And we’re midway through major renovations of J.J. Dossen Memorial Hospital. Which is to say nothing about working with the county health team to operate an ambulance, check up on hundreds of expectant mothers in their homes via community health workers, and more. Our five-year goal is for all PIH-supported public facilities to have zero maternal deaths.

For more about how PIH is helping the Ministry of Health, see: