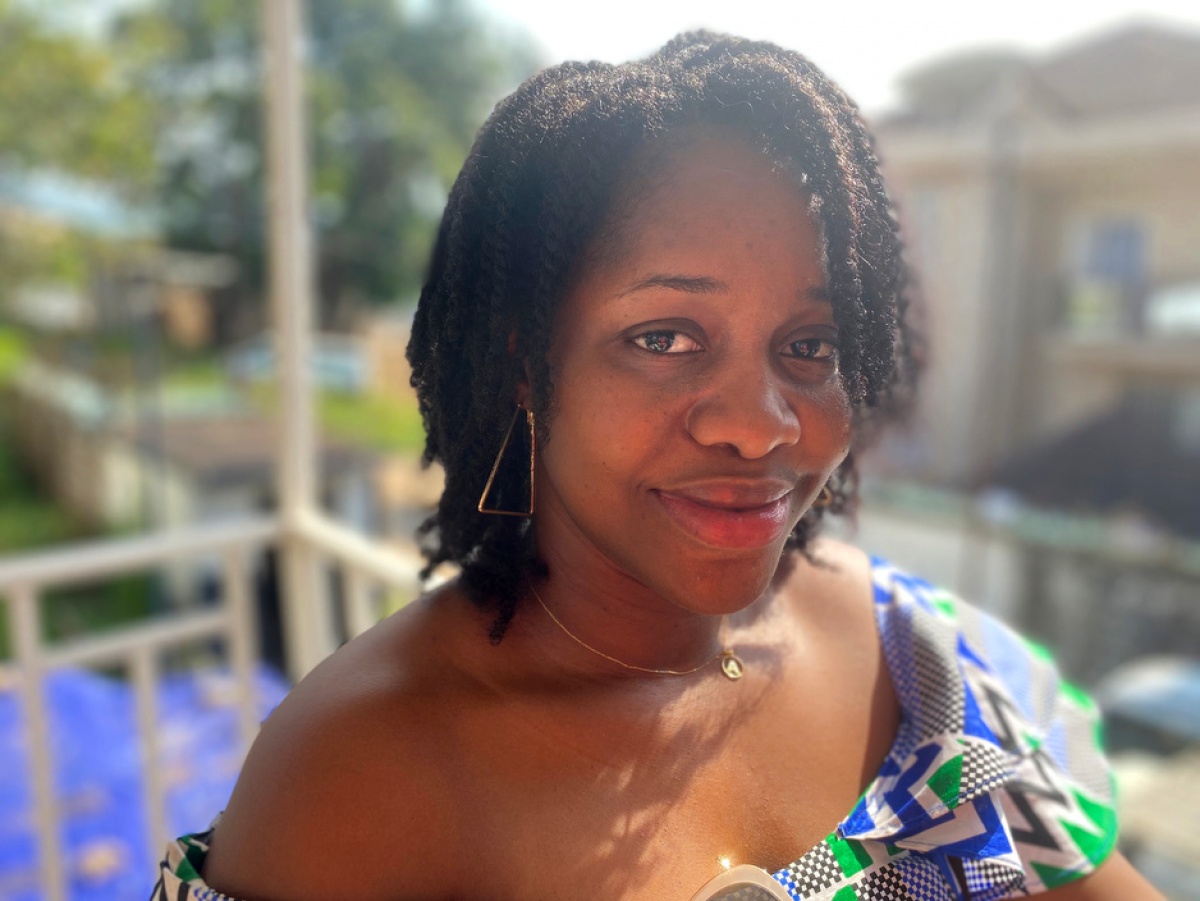 Armah Quist, 30, is a multidrug-resistant tuberculosis program officer at Partners In Health-supported Lakka Government Hospital, Sierra Leone’s only dedicated tuberculosis hospital and the country’s first facility to provide care for multidrug-resistant tuberculosis, located on the border of capital city Freetown. Like many PIHers, she pours 110% into her work, but she also dedicates time toward personal causes. In 2017, she founded the Young Woman Transformative Leadership Program, a feminist organization for young girls and women in Freetown.

Below, Quist shares what inspired her to become an advocate in her home country, where women have a 1 in 20 lifetime risk of dying in pregnancy or childbirth—among the worst maternal mortality rates in the world. She knows personally what a difference free, quality maternal care means and why the future Maternal Center of Excellence, which will break ground in Kono District in early 2021, is key to ensuring all women—regardless of age, income, or hometown—are empowered to know their rights, have the tools they need to define their own lives, and receive the care they deserve.

I consider myself a feminist.

As a teenage girl, at age 19, I got pregnant, while I was still a student. I was scared to tell my parents, as I was still in school and they wouldn’t accept me having gotten pregnant so young. I wasn’t sure if the father of the baby was ready to have a child. When I told him I was pregnant, he pressured me to have an abortion. He was in university at the time and said he wouldn’t support the baby; if I gave birth, I’d be on my own.

I felt so alone, there was no one I could talk to, no support structure.

My mom eventually found out I was pregnant. She saw we vomiting in the morning, my weight gain. By the time she noticed I was already four or five months along in the pregnancy. My mom talked to me and encouraged me to go forth with the pregnancy, as it was too late to have an abortion. She was afraid that if I did have an abortion, I wouldn’t survive. She told me, “Instead of losing you, have the baby and we can support you.”

I had to drop out of school once I began to show, as it was illegal in Sierra Leone to attend school while pregnant. I was one of the best students in the class, and it was heartbreaking to end my education.

Because of all of the stress, I developed high blood pressure during the pregnancy. That, coupled with my young age, made me a high risk for developing complications. After my first scan, the doctor told me the baby was breech. I was terrified I wouldn’t survive pregnancy.

I went for prenatal care at the government hospital in Freetown, but four doctors refused to care for me because I was too high-risk. They, like me, thought I wouldn’t survive.

I eventually paid to get care at a private health facility. I didn’t have insurance or any government free health care services, so we had to pay for the visit in full. One week before my delivery date, I was admitted into the hospital because my blood pressure had spiked. I was very sick and slipped in and out of consciousness for a week. They tried to induce my labour but failed, and there was genuine fear that I would not survive the pregnancy. Even in a private clinic, there was no critical care doctor, no emergency room specialist, and no life support machine.

Eventually I had an emergency C-section and delivered a healthy baby girl, whom I named Andrina Lewis.

After surviving such a difficult pregnancy, I thought I’d be happy when she was born. But I had lost all of my confidence.

Having a baby at that age without a dad, having to return to school where everyone knew I had gotten pregnant and had been kicked out—it was so difficult to imagine my future.

But after I delivered, I met a counsellor at my local church who talked to me and told me, “You’re not the first and you won’t be the last. Forget about what people say and focus on yourself and your goals.” She reminded me of my ambition, of the drive I had in school, and of my potential. So I left my baby with my parents and returned to the same school.

I eventually graduated high school and went on to university. While I was in university, my parents—whom I was living with—moved out of the city of Freetown to the more rural areas. When we moved into our new neighbourhood, I saw so many young girls who were so much like me. I saw them and thought of what I wished I had when I was their age: information, support, love, and care.

I started by bringing those girls together on Saturday mornings. We talk about protection, family planning, and about how to keep yourself safe if you are [sexually] active. We talk about the struggles we face as women. I help them know their rights – that it is their body and their choice. And I help them understand where they can get dignified care if they want family planning or have gynecological issues they need advice on. The goal is to create a safe space, a space where girls can ask questions, feel loved, and have a support structure I never had.

This is exactly why the Maternal Center of Excellence (MCOE) needs to exist: because women and girls in Sierra Leone deserve better. They deserve a youth-friendly place they can go to ask questions about their bodies and [contraception] methods—a place I never had, but that the MCOE will provide. And if they get pregnant, they deserve to go to a hospital that will treat them with dignity, whether they are married or unmarried, whether they are young or old. They deserve a place where they have a good chance at surviving childbirth and never have to experience what I did, on the verge of death.

This is what the MCOE will create for women and girls in Sierra Leone. It will create a place where the next generation of women can be empowered, where they, like so many of the girls I work with, can realize their rights.

The MCOE is about far more than health care; it is about feminism, about women realizing their potential, and about giving women the dignity and choice they’ve long deserved.

See how PIH is working with Sierra Leone’s Ministry of Health to construct, equip, and staff a world-class centre dedicated to maternal and child health.